Daily at 7 am, my alarm clock sounds "triiiinnngg'. Now, my concern is how do I describe alarm's action? I'm searching for a 'verb'.

I heard somewhere that 'Alarm fires at 7 am'. Is 'fires' a correct word for an alarm in this context?

My alarm goes off.

Also, you might wanna take a look at this ELU question discussing the why of it.

If you worry that one might perceive a wrong image of "alarm", simply say

My alarm clock went off this morning.

Edit: I find going off for an alarm clock the most viable and common choice. However, the OP seems to be seeking a feasible option among the three words they mention. So, among the three, the correct choice is...drumrolls...

Proof: I leave it for my first friend to prove it:

The sentence, excluding the adverbial phrase, returns 1920 results. With the phrase, only one result is found, and it's this very question. Here's why:

trig·ger: tr.v. 1. To set off; initiate. The free dictionary

A lot of what you can make outta the verb trigger goes along the lines of setting something off, activating it. When you want to say a sentence with the context of an alarm waking you up in the morning, this sentence

makes no sense. From the grammatical point of view, the sentence is lacking a direct object. "Your alarm triggered what, exactly?"

From the "meaning" view, trigger means to activate. It's not you who activates the alarm, because you're sleep. However, the meaning implies that this sentence is sensible:

My mobile device has the functionality of triggering an alarm to wake me up every morning.

The verb form of bell is used for a very different purpose than what you had in mind. Bells (i.e. the noun form) are instruments that are (or rather were) used to alarm people. They look something like this: 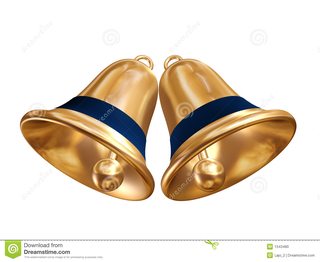 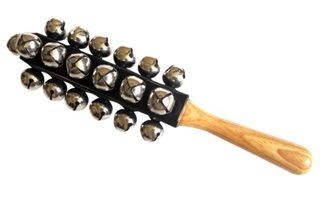 This is a musical instrument.

Because the alarm rang at 7 am is quite a straight sentence with no ambiguity.

Precisely, you can say...

The alarm bell rings at ...

If you have a digital alarm, you may say...

Since you are concerned about the 'sound', I think 'ring' or 'beep' fits in!

2
dives into the water
2
Quitting a job - email subject "I'm moving on"
7
Looking for a word to describe someone who always 'agrees' to their bosses
2
Talking about ideas: "slow change of mind/slowly changing her mind"
0
Can I use the word 'soon' in such context?
0
A word to describe a value passes the particular threshold
1
Thank you for your interest / question / inquiry
0
Is "ill-intendedly" a word?
1
How to use the verb "integrate" in software development?
1
Mimetic word for describing "an action of walking slowly in exhaustion, despair, and sadness"