What's the word for a picture that is turned over - is it opposite?

As non-English native speaker, I need some help in expressing myself in the following context. Someone sent me a picture that turns opposite (I'm not sure I'm using in the correct words, sorry) so it's difficult to read the text in this picture. (You can compare it with a picture where the head is down and the legs are up).

What is the correct way to express this condition? Can I say "This picture is opposite"?

The term you're looking for is "upside down". 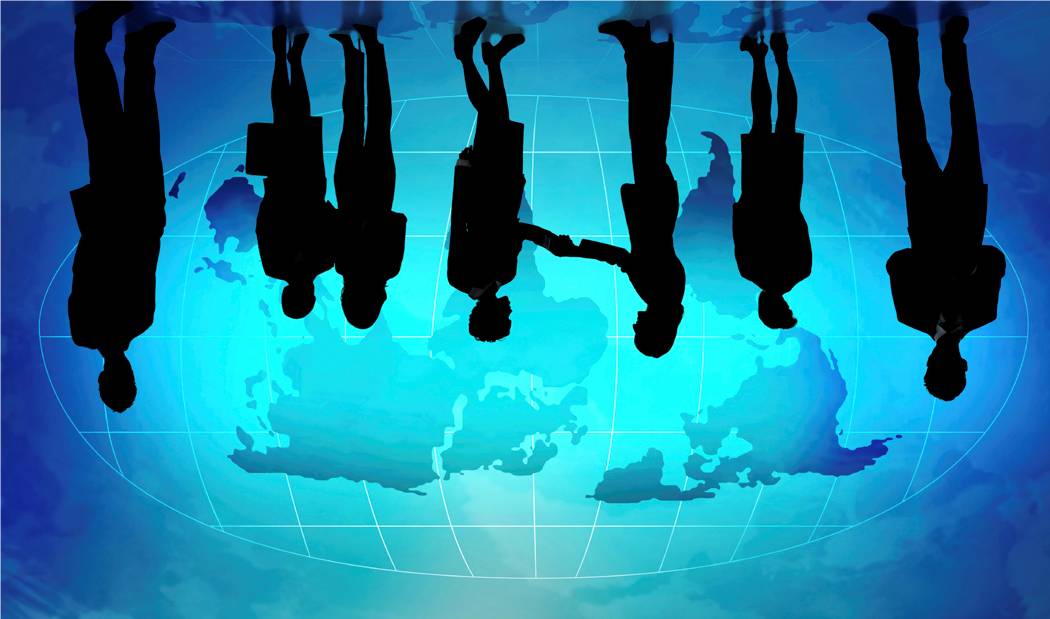 I agree with Catija and believe that the word you are looking for is:

With the upper part where the lower part should be; in an inverted position

This means that the picture would be in a normal position if you rotated it 180 degrees.

But most image processing and viewing programs have the option to

rotate the image or to

so you can get it in the upright position and read the text.

Edit: The second one will also turn it 'face down' so to speak (even if you flip it vertically), but sometimes this is what was done to it in the first place (so there might be two reasons for not being able to read the text - see Catija's comments below).

Catija and Lucky are correct to say that the picture is upside down.

More formally, this picture is a reflection. In particular, it is vertically reflected.

Good question! It depends on how the image was turned. If it was turned only in a 2 dimensional way, as you would a physical photo, the image would be rotated. A 180' rotation would be upside down.

But electronic pictures, like photographic negatives, can be turned in 3 dimensions. "Flipping" is the typical word in this case. Real-life usage of "flipping" is sloppy, but it is generally used to refer to a 3-dimensional action, e.g. "I flipped the playing cards over to reveal their face." Flipping gives you a "mirror image". (1)

If the image is only rotated, in 2 dimensions - you could easily read it by rotating it back to the original viewing position. Your example might be flipped, and rotated to get it upside down. See the graphic I have provided.

You COULD use the word "opposite" - but it would need the proper context, and I do not think it conveys the meaning you want at all. "Opposite" would normally apply only to the images inside the picture - and not to the picture itself. Example: "The people are standing opposite their positions in the original!" This would be understood by most people to mean that the picture had been transposed, or flipped, from left to right. Head and foot oppositeness would be upside-down.

I have drawn up a graphic to illustrate rotating and flipping.

You should also look at the usage of "tranpose", as it is similar in usage. Flipping also transposes the elements of the picture. What was on the left is now on the right, or top/bottom, etc.

Notice that #4, flipped on a horizontal axis, would be the same effect as if you flipped on a vertical axis, and then rotated 180 degrees.

(1) I am ignoring the tense aspect of the verbs for this description. I think you will figure that out a-ok on your own.

3
Is the sentence "I am already working on this project and it is almost code complete." grammatically correct?
6
What's the opposite word of "aforementioned"
0
word request (name for an MP3 file)
1
Thanks for your *arduous* help
0
How do you say: "I was doing many things at the same time"
1
What word do you use to describe a predator silently moving toward his prey while keeping its body close to the ground?
5
Do native speakers use the phrase "set channels"?
1
Describing movement (kneeling or lying down)
2
What is the best word for how an academic paper or other text is organised?