I came across the term boilerplate somewhere in a documentation (can't find the link/page right now). On coming back to my room and opening up my dictionary, I saw the following definitions:

While I completely understand what the second one ("Thick plate iron used in the production of boilers") is referring to, can someone still explain to me the first one (possibly with some example which can be applied/noticed by everyone and not restricted to a small community)?

To repeat my own question, what is meant by the following:

It's called boilerplate because it has been 'field-tested' in courts of law and held to mean what it is intended to mean; just like real boilerplate, you can be confident that it will not explode under pressure.

Here's an example of Language for a Living Will from the website of the Attorney General of the State of Missouri (a "Living Will" is "a document that allows an individual to express wishes for medical care if he or she is unable to speak for him or herself"): 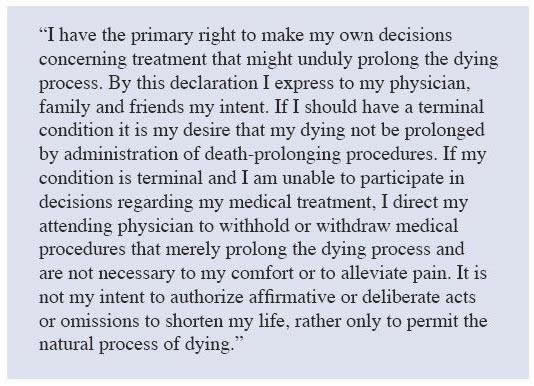 Boilerplate is not restricted to legal contexts; you may use the term anywhere you are speaking of language which is more or less guaranteed to accomplish what it is supposed to. For instance, much (perhaps most) computer code is such boilerplate.

Your definition's reference to "news stories" refers to the once common practice of distributing news releases as pre-cast plates of type; unlike text, this could not be edited into a different form but could only be inserted, as-is, into a newspaper's press.

We need a small history lesson to explain how boilerplate came to be associated with legal language or news stories.

When we used metal physical printing presses (early 1900's) you had to use metal sheets to create what you were going to print. Eventually, they started to make standard metal sheets (plates) out of a stronger metal for some writing that needed to be printed constantly. The printing press workers started to call these standard plates "boilerplate" because they looked like the plates you saw on boilers.

This is an example of a boilerplate from an old steam engine train, 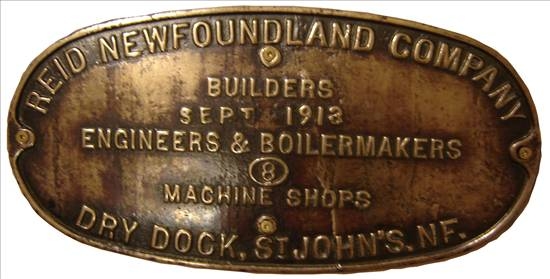 Eventually the name migrated from the physical plate, to what was written inside it. So any language that is standard enough to need to be repeated constantly is called boilerplate. Since in the past you would have made a 'boilerplate' of it to print on the old presses.

Manufacturing plate metal for boilers was done buy repeatedly folding the metal over and over. Once you finished one piece you start a new piece, folding it over just like the last piece. So you repeat the same process over and over making a new piece each time, but using the same basic process. So churning out the same thing over and over again became known as a boilerplate process.

Example: boilerplate of programming code - this some code on which is starting core/could be evolved for many others.

This is new use of this word not know too much before.

Thick plate iron used in the production of boilers = Skeleton for boilers (it could be change into boilers with use of hammer - that is origin).