Is there a special name for shops where only clothing ( also maybe shoes) is sold for example like Zara or Mango ..Are they shop or store ?

And also for example would you call shop or store or market small Tescos in the UK ?

And also for example would you call shop or store or market big ones like Sainsbury's in the UK / Walmart in the US ?

and how about Mark and Spencer?

A shop that only sells clothing (or clothing and shoes) is a clothes shop.

A small Tesco (i.e. a Tesco Metro) could be called any of the following:

The shops (if there's at least one other shop nearby)

The corner shop (does not have to be on a corner)

The off-license (if it sells alcohol)

The offie (short for off-license)

The convenience store (if you work in marketing)

A larger Tesco, Sainsburys, Morrisons, etc. is a supermarket.

Marks and Spencer is a clothes shop, but it's also a department store, since most branches also have a food hall and home wares.

Variations will probably apply, as this sort of thing is rarely "hard-and-fast" in English. This answer is from a US perspective.

Is there a special name for shops where only clothing (also maybe shoes) sold for example Zara or Mango?

I would call this a clothing store. I probably wouldn't call it a shop unless they did a lot of on-site alterations.

There are also chain stores, where you'll find several of same stores as you travel from city to city. This is where the taxonomy gets tricky, though, because several chain stores are department stores, and vice-versa. 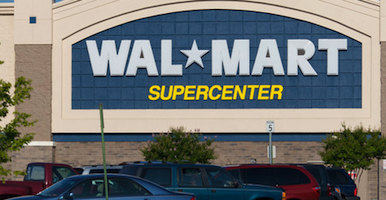 Chain stores that are not department stores could be classified generically as specialty stores, and more specifically as the kind of store they are (such as grocery stores, sporting goods stores, office supply stores, chain pharmacies, etc.)

Not the answer you're looking for? Browse other questions tagged word-usage word-choice or ask your own question.

4
I'm going to the SHOPS vs I'm going to the STORE (UK vs. US)
9
1. What GB hard disk do you need ? - and similar wordings
3
extrapolate vs conjecture
2
Respitory vs Depot vs Deposotory vs Warehouse vs Storehouse
1
the … assembly
0
Using “naïve approach” in thesis
1
How can I relate these two sentences
0
Dining room vs Kitchen
2
What do you call this place where various goods are sold?