What is the adjective that describes the position of the bike locked to the bike rack? 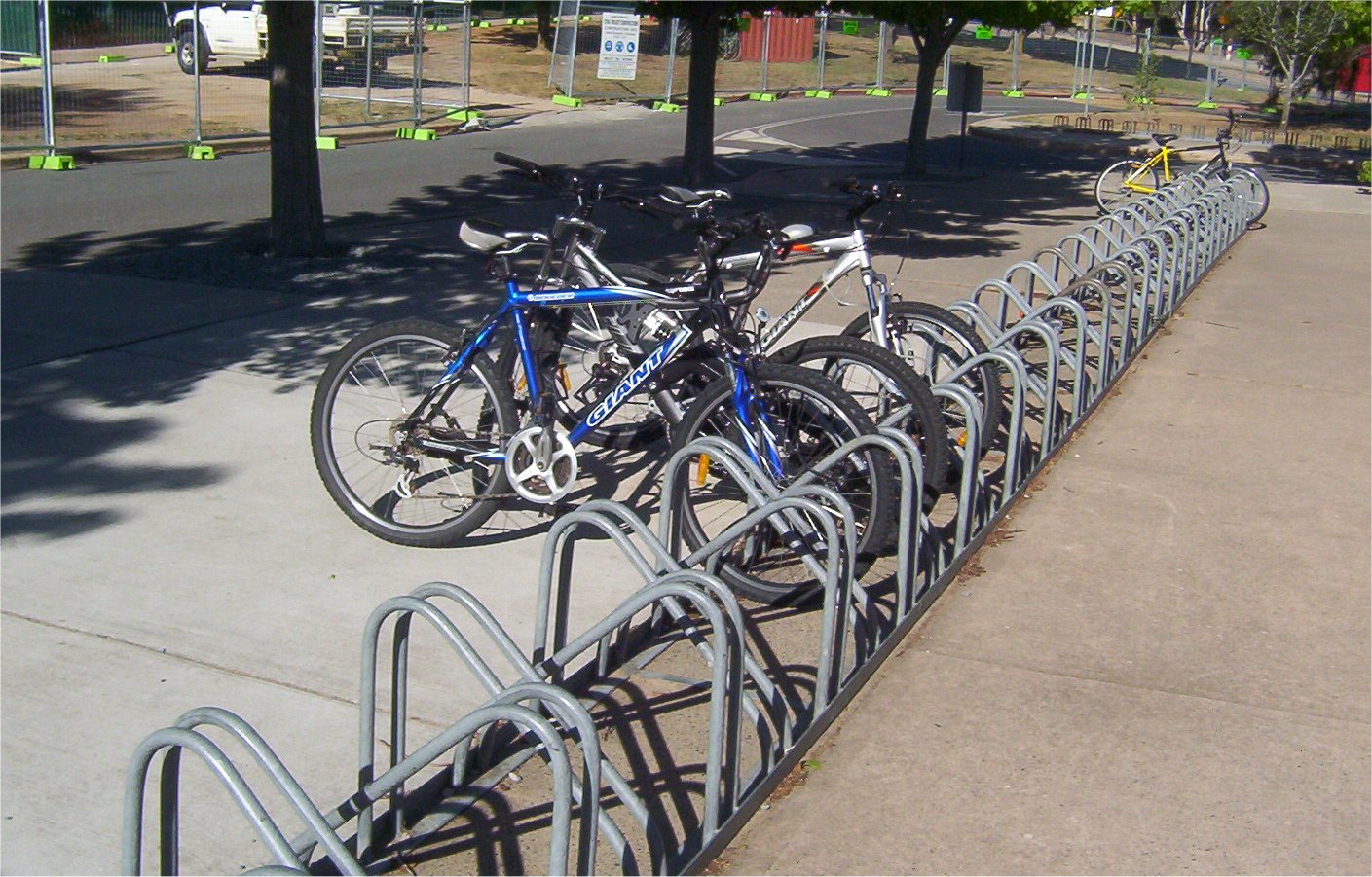 I can only come up with one for this one: perpendicular. But I don't think it is the right adjective.

Initially, I ask what is the sinuous wave in the picture appearing in the 404 page of Academia SE: What does the image in the “404 error” page mean?

The answer is the bike rack. But as the illustration shows, the bike is in the parallel position of the rack, not perpendicular as in the photo.

As is clear in the comments above, I think the most basic description of the position of the bike in relation to the rack it is connected to is "perpendicular". As also proposed, the bike is locked to the rack, it has been left in the bike rack, and as such it is jutting out/protruding from the rack.

In order to flesh out this answer and provide a more definitive response, I would most likely say "the bike is in the bike rack", when describing the position of the bike. I would only use a word like "perpendicular" if someone didn't understand the term "bike rack" and a detailed explanation of the object and its use was required.

I would use "perpendicular to" if I was going to emphasize its orientation. Otherwise I would use "to" or "in" as JMB said in his comment. The reason is because this is the correct orientation, and anyone who knows how to use a bike rack will need no additional adjectives.

For the orientation in the illustration I might be inclined to use "sideways", "parallel", or "wrong". If I felt those were unclear, or that further emphasis was needed, I would give it further definition in another clause: "The bike was placed sideways on the rack so that it blocked several other spots."