I came across the following text while going through TeX documentation:

This command is used to separate letters which would normally ligature. For example fi is produced with f\textcompwordmark i. Note that the f and i have not ligatured to produce fi. This is rarely useful in English (shelfful is a rare example of where it might be used) but is used in languages such as German.

Since ligature was a new word for me, I immediately referenced my dictionary and found that:

Character consisting of two or more letters combined into one

Wikipedia entry shows an example as: 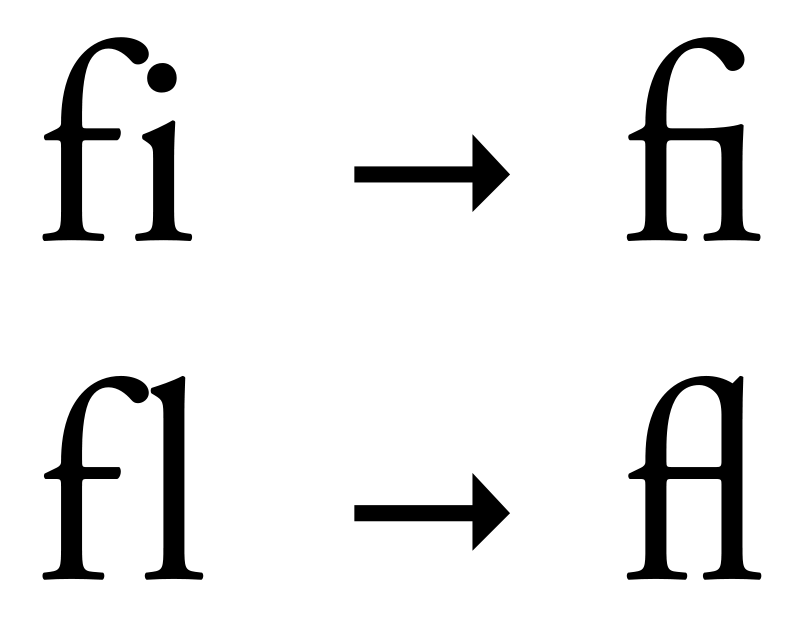 So, it means that the horizontal cross line in f is merged with the next character. But, I do not see something similar happening in the text when shelfful is being written. I'd assume that the horizontal lines of both fs in ff would get merged when writing, but this should be happening to each and every word which has ff appearing in them.

Why is such that all references (at least the ones I saw) only point out shelfful to be the rare example? Why not scaffold or afford or effort etc.?

PS: For the scope of this question, I'm restricting to ligatures with the leading character f only.

Shelfful is different from scaffold because it is a compound word (shelf + full), so the two f's are truly separate. Removing the ligature between the f's re-emphasizes this construction. Selffulfilling is another one that makes a little more sense without the ligature (selffulfilling).

Not all fonts ligature anyways, so in my browser shelffull and "shelffull" have a ligature, but monospaced fonts (shelffull shelffull) do not.

Not the answer you're looking for? Browse other questions tagged writing compounds .