Understanding “How iPods dish out media to go.”

How do you understand the phrase how iPods dish out media to go? 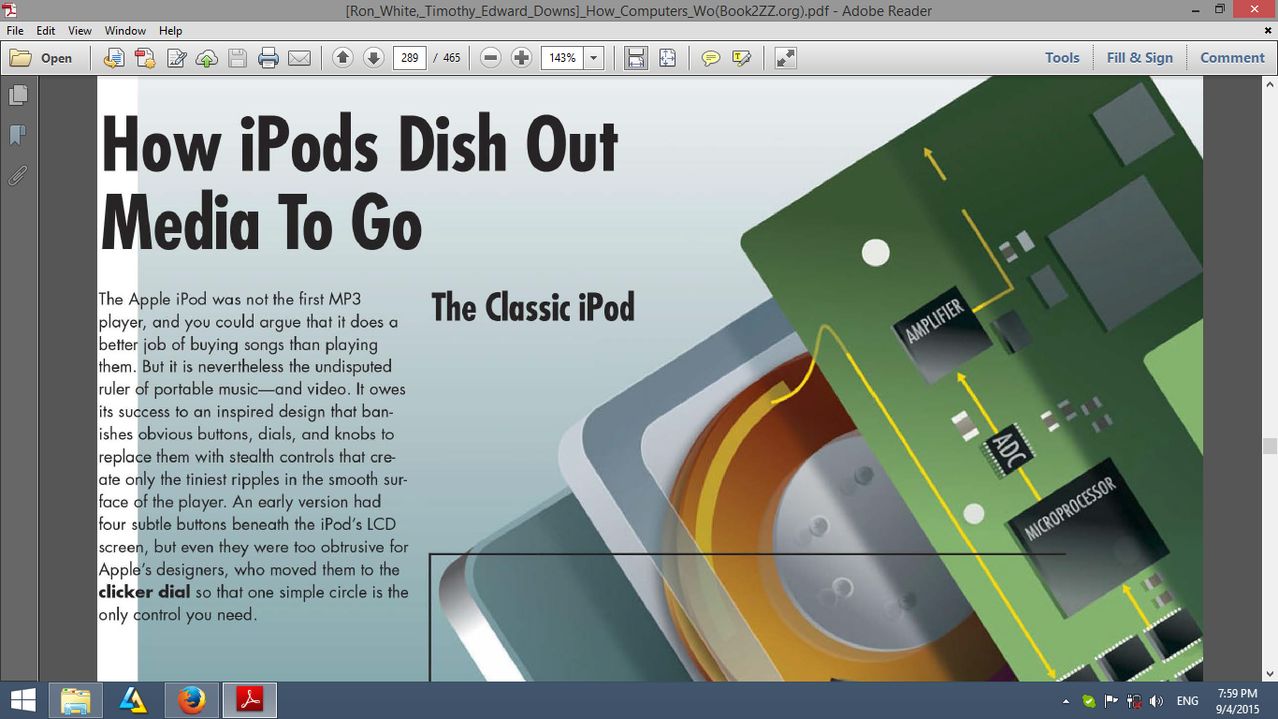 Simply means to give, with the possible implication of giving to multiple people at once. It comes from the literal act of giving a family or group their food, ie from a large casserole dish.

'To go' is used when ordering takeaway or coffee in the U.S. particularly, but is becoming more popular a phrase elsewhere due to the proliferation of Starbucks and McDonalds etc. In essence, though, it means quickly, and in this context is being used as something of a double-pun.

It is 'to go' like a takeaway because of the 'dishing out' food pun, and is also 'to go' because the iPod is a portable music device.

Essentially, the sentence is just saying

With an added implication of it being quick, easy and portable. The rest is just a slightly clever use of words to tie it together with a food analogy.

I do not agree with kos' answer actually.

The verb is dish out. It means, among other things, to distribute information [1].

to go comes from the expression "for here or to go", which means, for food, "take out/take away". And in fact, the iPod allows you to get music and movies "to go".

So, putting it all together, the article is trying to explain how the company is able to distribute portable media.

What's clever about it is that both the verb and the expression originally regard food and now they are applied to media, which are "fed" to you quickly and on the go.

3
little less than
9
I have a hard time understanding “since” in the following sentence
1
more Swiss media confirmed — is “media” a mass noun?
3
the outside of the page — what is it exactly?
12
you're out a dollar — what does that actually mean?
2
you're gonna go out with this win — meaning?
0
simple for us to go out — what does that mean?
1
how to get 'an extra 9 hours'