What does “lickered up” mean?

Here are passages from the novel "Gone with the Wind" by Margaret Mitchell.

"Well, you can't blame her. You did shoot Cade in the leg." "Well, I was lickered up or I wouldn't have done it," said Stuart.

Everyone liked the four Tarleton boys and the three Fontaines, but regretfully refused to elect them, because the Tarletons got lickered up too quickly and liked to skylark, and the Fontaines had such quick, murderous tempers.

I wonder what "lickered up" means. Best regards,

It’s a “period spelling”, if you would.

Margaret Mitchell’s novel Gone with the Wind was published in 1936. The lickered up spelling of liquored up first appeared during the Prohibition, but dried up afterwards.

Here’s a Google N-gram demonstrating that: 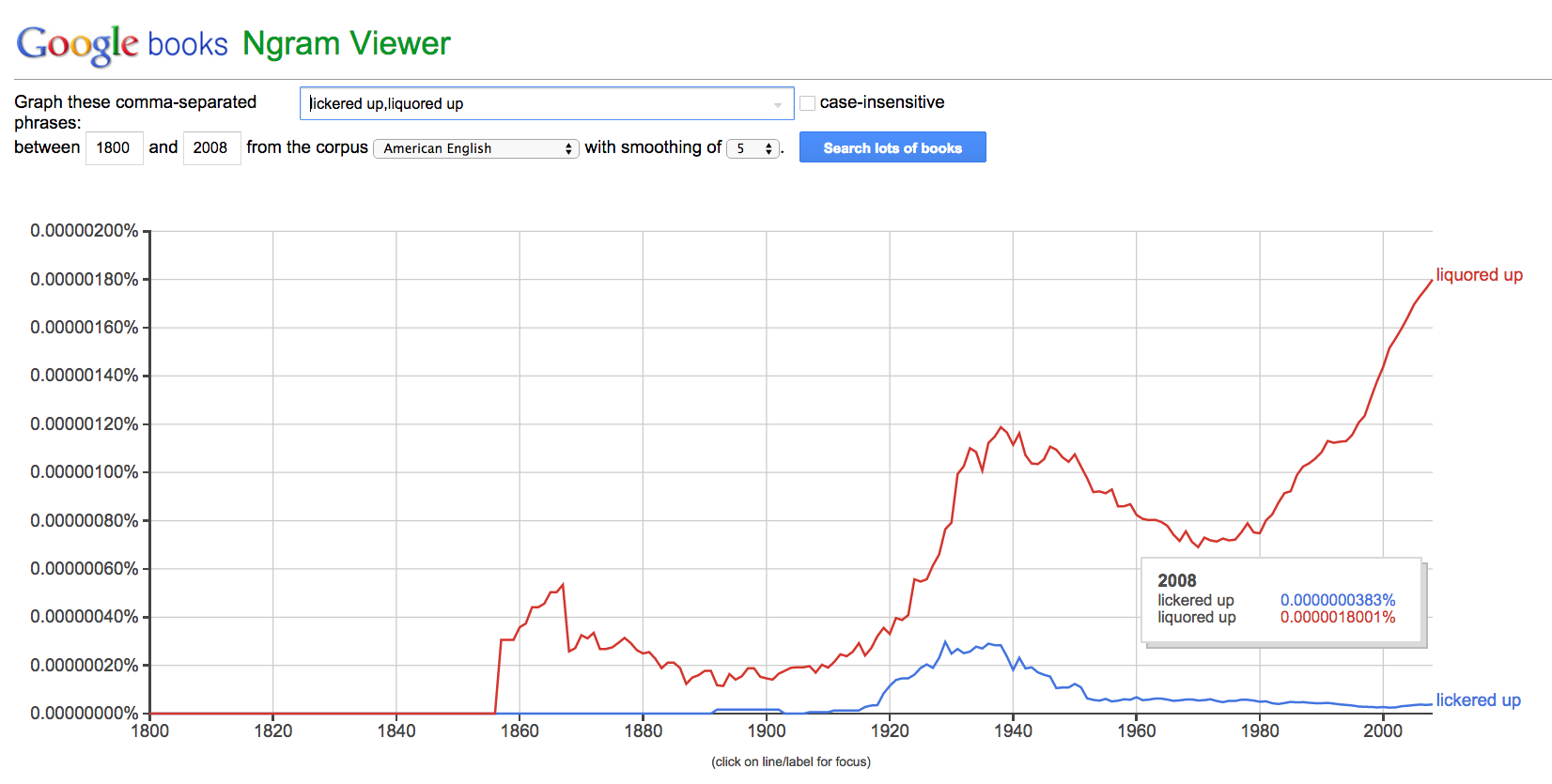 Indeed, her publication date of 1936 puts her right in the middle of the period that saw the most use of lickered up.

The verb liquor up can be transitive or intransitive, and is now considered slang. The OED gives these senses:

One citation they provide is:

So you could liquor someone up if you felt like it. Probably best not to write about lickering them up these days, though. It’s pretty thoroughly non-standard a spelling these days.

The Author of the Gone With the Wind, many a time used the actual pronunciation as it comes from the mouth of the character. Stuart was drunk when he spoke the phrase 'lickered up' which he certainly would have spoken as 'liquored up' otherwise. Even 'liquored up' phrase which was popular at bars in the 17th- 19th century has lost its use in English and these days it is considered as a slang. Emile Zola has also used this phrase several times. Liquored up means to get drunk too much.