What's the meaning of "wired"?

I often hear some people say that "I'm wired differently from other people" or "My brain is differently wired" but I don't understand what "wired" really means. Here are several definitions of the word from OED:

What puzzles me is that none of the above definitions seem to fit the meaning.

Does it have something to do with their thoughts or the way they perceive the world?

The closest fit is 2.; brain cells (neurons) are connected to each other and can send electrical signals via nerve fibres (axons). These signals carry information, just like in a wired computer network.

'Wired differently' is figurative speech (of course, everyone's brain cells are different from the next person), and it indeed means your way of thinking is different from what is normal. (Depending on the context, this can even be a derogatory term.)

I see you've quoted the oxforddictionaries.com page for wired; however, what we're actually dicussing here is better seen on the page for wire :

1.1 Connect (someone or something) to a piece of electronic equipment:

although for the full sense you need oed.com ($), where we have as sense 9 of wire (verb):

a. To provide with electric wires; to make electrical connections to; to connect electrically to;

b. To incorporate (a device, function, or facility) into (or in) something by electric wiring or electronic connections

The human brain is often referred to as a 'circuit'. A circuit requires wires to connect each node in it for functioning. 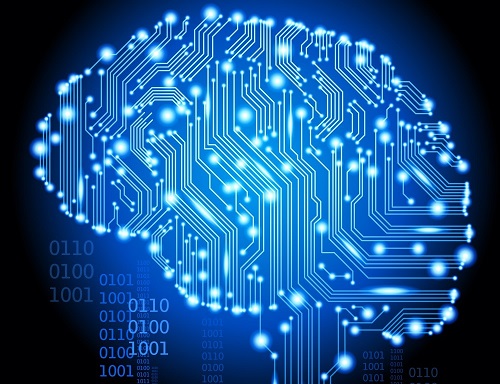 The word 'wired' is figuratively used here. So, if you have differently wired brain, you mean to say that you are 'different' than others.

Note: Be careful. 'Wired' is different than 'weird'.

To wire an electric or electronic device or system means to complete its assembly or configure it, by literally arranging and connecting electrical wires.

An electrician wires a house when he installs the copper wires and fixtures (outlets, switches, etc) and connects them to the circuit breaker.

An appliance repairman may (re)wire a broken washing machine.

A hobbyist might (in fiction) *(re)wire his television to intercept signals from spy satellites.

In the case of modern consumer electronics, it is not usually possible for the user to modify the circuitry of most devices (because it's printed directly onto a circuit board). When people talk about features or behaviors of a computer that are hard-wired, the implication is that those features are the most fundamental and difficult to change.

Electrical equipment should be wired correctly so that they can work (behave normally), otherwise they may malfunction and behave in a non-planned way.

You can use it figuratively for human to say the nature of a person's behavior, the way he thinks and responses to others.

So if you are wired differently or if your brain is differently wired, then you don't behave like other people (As is expected from most people).

Something in your design is different from others. Note you don't need to know how the brain works to understand or use this idiom.

Yes, as you quite accurately guessed, wired in this context, so as in wired differently, mostly has to do the way one thinks or the specific way one views the world. So, yes, one is connected to the world in a different way, makes different connections, is culturally and philosophically wired up differently.

The difference between women and men may (!) be hardwired, which is also a likely explanation, I think, as to where this phrase comes from. The American Heritage Dictionary e.g. describes wired also as:

The emphasis on differently being not normal or natural is also visible in this definition of wired by Miriam-Webster's Learner's Dictionary stating:

3 — used to say that someone does or does not have a natural tendency to behave in a certain way, to like something, etc.

Not the answer you're looking for? Browse other questions tagged meaning-in-context word-meaning or ask your own question.

0
"wire' in "Understand That People Are Wired Very Differently"
1
What does "rewire your brain" mean?