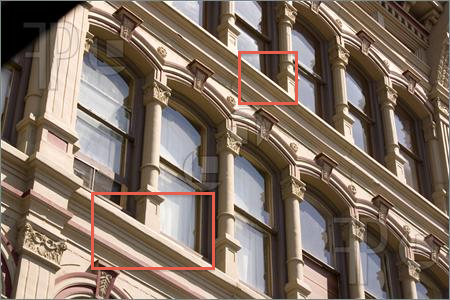 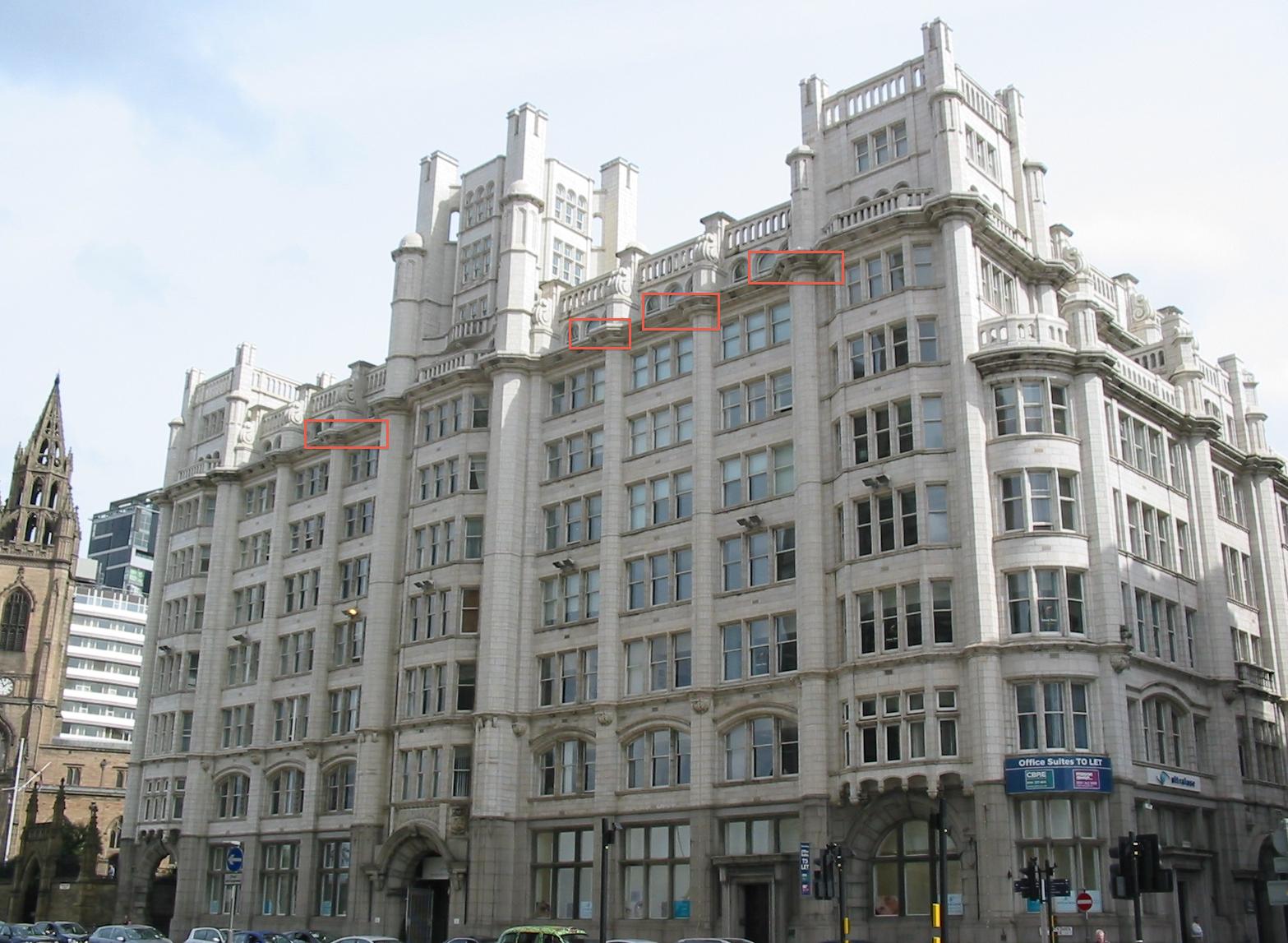 What is the word for the edges in the side of the buildings which are marked in the pictures? In some building which is big where a person can stand or even sit. Not I'm not referring balcony or porch.

Those in your second photograph are sections of a cornice, “any horizontal decorative molding that crowns a building or furniture element” - Wikipedia. If you look closely you will see those are not distinct architectural elements but portions of a continuous ledge or shelf which runs the entire width of the building, jogging around capitals where you have marked and returning to follow the contours of the facade below. There is a similar, slightly less marked cornice above the second story of the same building.

The original purpose of the cornice was to divert rainwater from the facade (in domestic architecture any cornice is usually married with the eaves, the overhang of the roof), and in classical architecture there was only one cornice, at the top, immediately below the gable. Even in antiquity, however, it was not unknown to build taller buildings by stacking orders, and from the Renaissance onward it became common for architects to divide their facades into horizontal registers with two or more cornices, as in your second photograph.

In your first photograph, the ledges are similarly formed, but I would hesitate to call them cornices; in the very top right corner it is evident that the partially visible bracket will support a deeper ledge which might be so characterized. I don't know what art historians would call the shallower elements you highlight; I'd just call them ‘window ledges’.

I call those ledges corbels. That link talks about building corbels in brickwork, but so far as I'm concerned they can also be cast/moulded in concrete, etc. In the Wikipedia page for closely-related cornice... 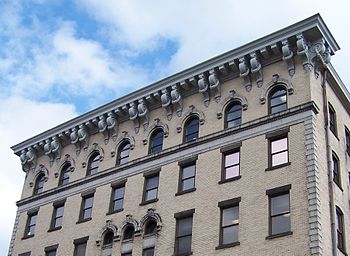 ...it says An example of a cornice, above large corbels, along the top of the Wheeling-Pittsburgh Steel Building.

Most dictionaries define an "external" cornice as a projection crowning a building or structure, rather than something that can occur anywhere up the face of the building. You can also have a cornice inside, in which case it's an ornamental moulding around the wall of a room just below the ceiling (as opposed to a picture rail, which is lower and less substantial, or a dado rail, usually only 3-4 feet above the floor).

5
Name or word for the edges in the top of windows outside the building/house
1
A name or adjective for a shop/store/bar/exhibition which placed outside
1
What's the word for a photo that is next to a recipe?
0
How do you say "patio de vecinos" in English?
1
What is the British term for the place where people change clothes at the gym?
0
What do you call a balcony above another balcony in a stadium?
1
What do you call the small cabin on top of roof of certain buildings?
10
What's the best word to describe the harsh, unaesthetic exterior of a building?
0
Word for a green space between two rows of buildings