In the following sentence, could 'in' be possibly used instead of 'on'? Is there a difference?

Pamphlets were dropped on the city to warn the civilians to flee from the attack of their enemies.

Leaflets were dropped on the city to warn the civilians to flee from the attack of their enemies.

(I substituted "pamphlets" with "leaflets", since this seems more plausible)

Leaflets were dropped in the city to warn the civilians to flee from the attack of their enemies.

This would mean that someone who was inside the city dropped the leaflets. This would be a more dangerous task in a war situation, since one could be captured by the enemy in the city.

You can also use over instead of on:

"A US helicopter drops leaflets over a village near Hawijah in Kirkuk province, Iraq, on March 6, 2008" (Wikipedia Commons image) 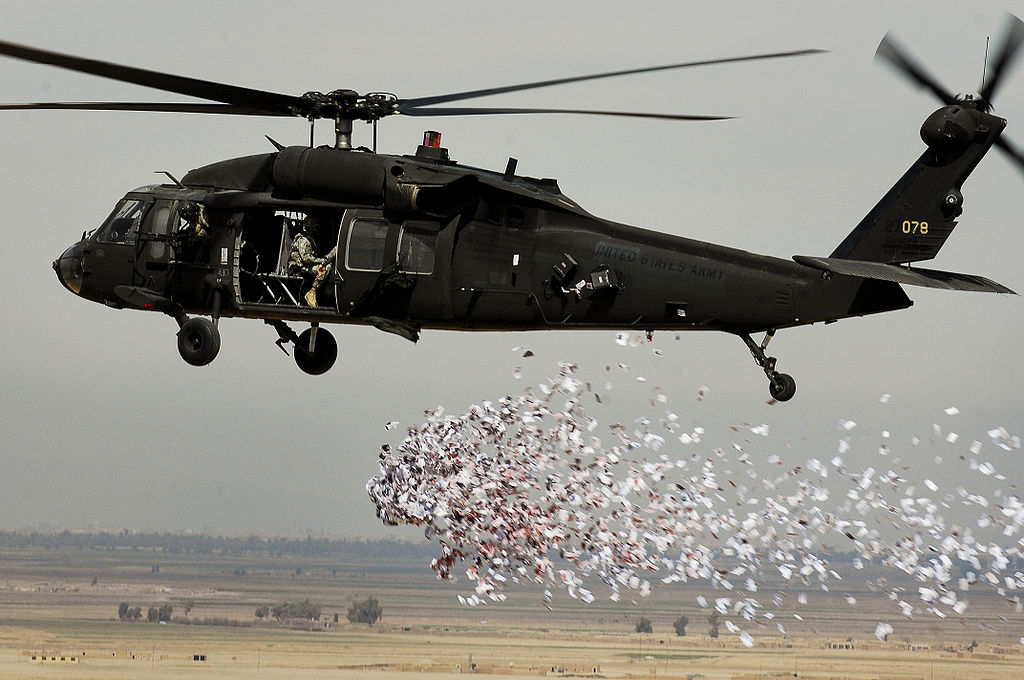 And this is a picture showing leaflets being distributed in a city. "Wu Songtao, a college student from Zhejiang province tries to earn some extra money by distributing leaflets in Hefei, East China's Anhui province." 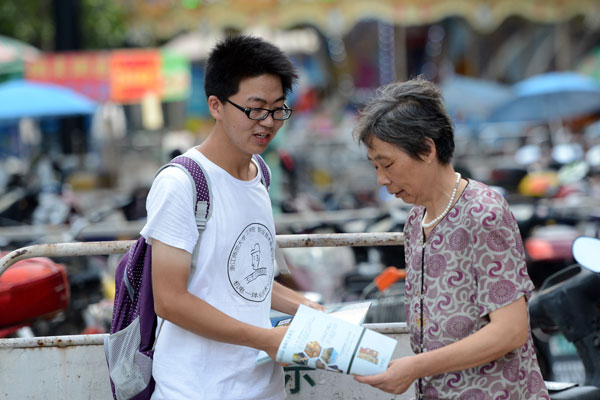 Teachers drop leaflets in the congress building in the Valparaíso Region, Chile (2011). The teachers are inside the building. 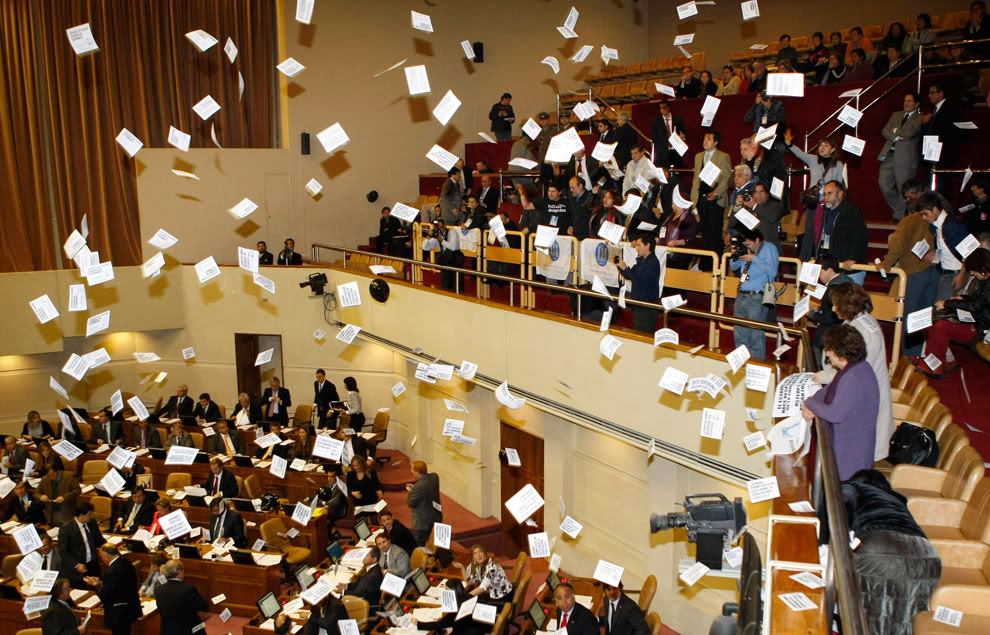 Something dropped on the city. It's clear that when you drop something 'on' something, it's from certain height (He dropped the chandelier on the ground).

Yes, it's dropping the literature/paper mostly from an airplane/helicopter. Check out the similar example

US drops atomic bomb on Hiroshima

Not the answer you're looking for? Browse other questions tagged prepositions difference .