When drawing 2D, its two lines are connected / joined/ combined?

When drawing two lines that makes 2D (two dimensional), these are connected / joined/ combined / verb else?

I would like to say that when we draw two lines (in two directions) and we connect (?) them together, we get two dimensional body. 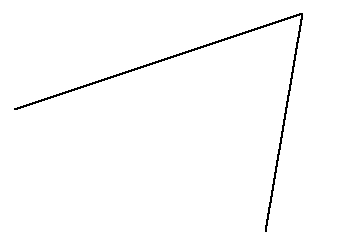 First off, in mathematical terms, a line is extends for infinity in both directions, a ray extends to infinity in one direction but has an end point, and a line segment has two end points. In everyday terms, we call line segments lines (and things that aren't actually straight too).

An intersection is where two of these cross and can be described as where they intersect, meet, cross, and so on. A vertex is the point where two line segments or rays meet to form an angle, and is often referred to as a corner. 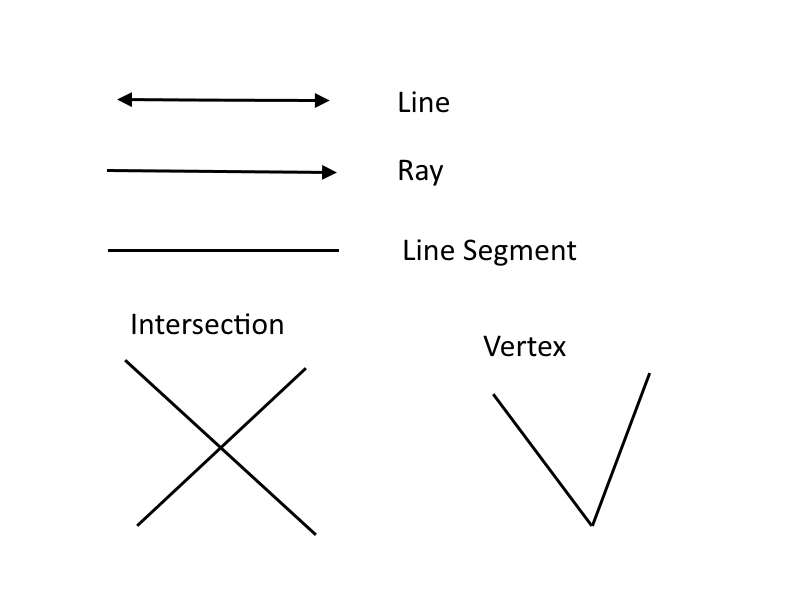 This is an option for your question:

When we draw two lines and have them meet at a point...

Of your three possibilities, the generally correct choice would be connected. I think it unlikely that "combined" would be used. And, "joined" would also be less commonly used, but it would work. There are a number of other words and phrases that would be more commonly used.

I will add this: my answer applies if you are talking about lines in a mathematical context (math, trigonometry, geometry, physics), where lines are considered one-dimensional and generally infinite. If, instead, you were speaking as an artist, or art was your context, you could more comfortably use "combined", although I would still recommend "meet". Art does not regard lines in the same way that math does. Based on the words you have used, I believe you are speaking in the context of a mathematical application.

1
I have / There are two (of them)
0
replacing of "draw together" in the following context
3
Are the verbs "parlay" and "draw on" interchangeable?
6
What are words that can distinguish these two business types?
3
Studio apartment vs Suite
0
"Peripheral" Vs "Incidental"
0
what is the proper nouns to distinguish the materials we need for cooking
0
"Point out" vs "Mention"
0
Can you have "Miscellaneous" as a heading?