To walk while holding/steering a bicycle

I couldn't figure out how to express this in English. In Swedish it is called "Att leda en cykel", but directly translating it to English ("to lead a bicycle") seems to mean something different. Google Translate gave me "passing a bike", which also seems to be incorrect according to a Google Image Search (just literally passing). 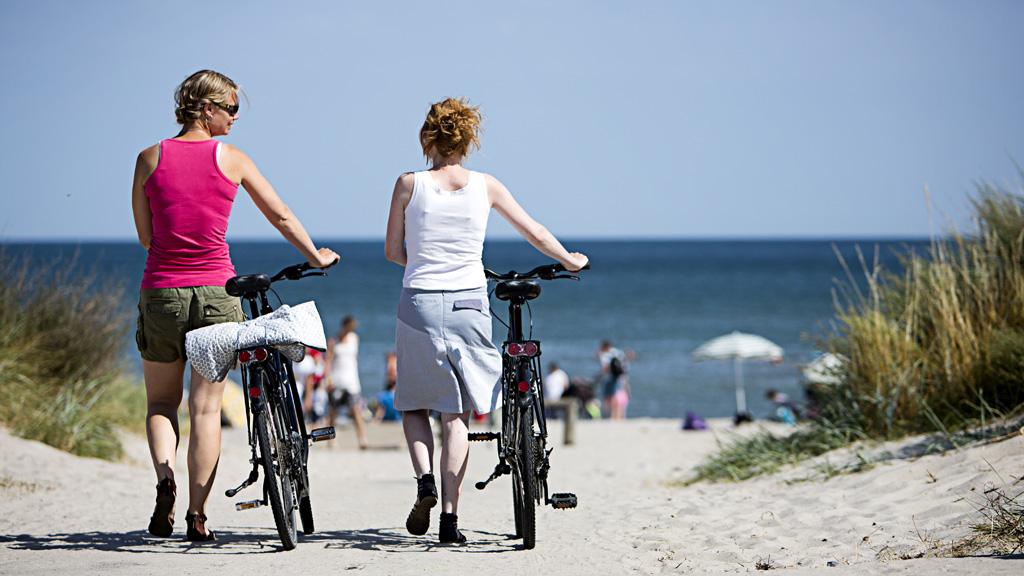 There seems to be some discussion about which expressions are used in is US and British English. I would love to see a comment about that (US, British or Both) in the answers as well.

English doesn't have a single common expression for walking next to a bicycle, holding its handlebars and pushing it along next to you. It is a common action that is merely expressed in many different ways. The different ways to say it have slightly different connotations.

Technically all of these mean the same thing. It is all about where you are directing the reader's attention.

"pushing a bicycle" may imply more effort. For example:

"I walked Sebastian home, all the while wheeling the bicycle" --The White Woman on the Green Bicycle

"he walked briskly, wheeling his bicycle by his side" --90 CRIME NOVELS

"walking a bicycle" puts the focus on the person walking

"Bailey tipped his hat and walked his bicycle around the side of the cabin." --The Bicycle Man

"Walk your Bike" is common on roadsigns (as mentioned by TRomano in another answer). This is a directive, emphasizing walk instead of ride, meaning that you are not allowed to ride on the sidewalk and must therefore walk your bike.

You can call this walking a bicycle. Just to check, I did a Google search for "walking his bike along", and got several hits from news articles and published books, like this one, from a book written by David Baldacci:

He breathed the fresh air and flicked a wave to a kid walking his bike along the side of the road. (Hour Game, 2004)

A term would be pushing a bicycle.

I've heard wheeling the bike along used before, though Googling the phrase mostly gives pictures/videos of people doing wheelies instead! I did find a few uses, such as this. It's possible that this usage is specific to the UK.

Not the answer you're looking for? Browse other questions tagged phrase-request .

4
Phrase for "Holding [something] steady"?
5
What sentence should I use talking of people I see while taking a walk?
1
Holding one's head up high
15
A word or a phrase for "riding a bicycle on only one wheel"
1
Idiom request: "If the town's streets are crooked, then it's wrong to walk in straight lines."
3
Is there a word that means holding your gun low?
0
Any common phrase for "without dying while you try"?
4
Taking pauses while drinking