Using "in" and "during" in a sentence: "I expect to pass the exam in/during 5 months"

I want to write a sentence that says I may pass the exam after 3 ,4 or 5 months, but no more than 5 months, which one of those sentences is appropriate for that?

It is better to use in than during in a sense that your passing the exam will take place around at the end of the 5-month period.

There is no big difference between in and within.

In: expressing the length of time before a future event is expected to happen

Within: occurring inside (a particular period of time)

Using within might suggest more that you would be able to pass the exam before five months pass than using in. 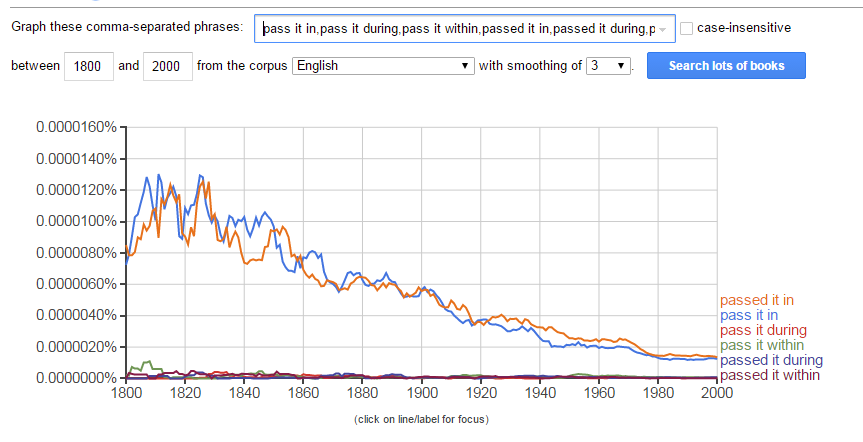 You may certainly use "in 5 months". It connotes that the pass is 5 months in the future.

"...within 5 months" means that it is going to happen at some point in time between now and 5 months times. Perhaps in 6 weeks, Perhaps in 4 months.

"during 5 months" is not a valid construct.

"I expect to pass the exam within five months" means: You can take an exam at any time when you feel ready. You expect that it won't take you longer than five months to learn everything needed for the exam. You might do it in four or three months.

Neither. Instead you can use within. See below:

I expect to pass(or clear) the exam within 5 months.

It's December 2015 and an exam candidate makes the following statement:

This means that the candidate is confident about passing his/her exams sometime in May next year. Note the possessive apostrophe after months it is the same apostrophe that we see in the phrase:

Here the speaker predicts she or he will succeed in passing all their exams any time before May 15th.

The candidate is not certain when he or she will pass the exams, it seams the exams will be taken on different dates, but she or he will have sat (and passed) the exams between now and May next year. Sentences 3-5 carry the same meaning. Sentence 6 implies the candidate will take their exams throughout the spring period, i.e. from March to June.

We use an apostrophe -s construction (in a year’s time, in two months’ time) to say when something will happen. We don’t use it to say how long someone takes to do something:

I won’t say goodbye because we’ll be seeing each other again in three days’ time.

This book represents a year's thought, squeezed into a month's actual work.

We use by to say that something will happen or be achieved before a particular time.

He should return by the end of March.

[ATTRIBUTIVE] Next in time:

Her second marathon in Paris the following year was more successful.

Google Books fetches 9,600 hits for "in the upcoming months"

My calendar of special days was now circled in the upcoming months of December, June, and July.

Not the answer you're looking for? Browse other questions tagged word-choice prepositions prepositional-phrases time-words or ask your own question.

2
during the time or throughout the time
1
What are the differences between "I couldn't pass the exam" & "I couldn't have passed the exam"?
1
"Pass", "Pas through" and "Move through"
2
During/over a period of time
1
"I was an intern during / for 2 months"?
0
'wish" vs "expect" and "to" vs "for"
0
A lecturer or the lecturer an exam or the exam