Constitutional law is political because it results from choices rooted in fundamental social concepts like liberty and property.

This is from one multiple choice, and I made it wrongly by choosing conceptions.

What's the difference in the common meaning of concept and conception?

If this is not one multiple choice, can I use conceptions? 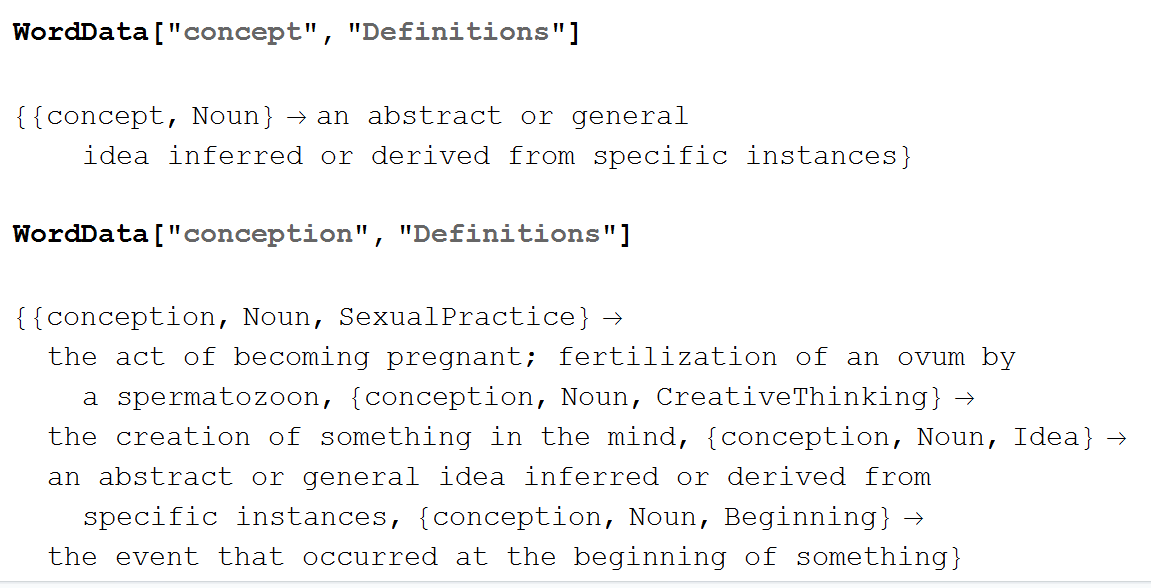 For example, you and I may agree that:

Freedom is a concept.

...in that we both agree that there exists an idea called "freedom." However, it is possible that:

Your conception of freedom differs from mine.

...in that if we were both asked to define freedom, we would give two different answers. Your mental model of the concept of freedom is your conception of it.

15
A different concept of difficult English words
1
difference between twisted and turned
1
at all; and that
0
would you throw a light on the concept of the sentence?
2
differentiating between“ more and more” and“ further”
0
what is the concept of “similar states” here?
0
what does “virtual” mean here and why? or what is its concept here?
1
Theory, principle, mechanism or any accurate concept to describe “How it works?”
0
'Arts and crafts'-definition
1
How can I say that an idea goes into another, more global concept?