What is wrong with “have put” in “I have put the water in the freezer”?

How to talk about putting water in the freezer to become ice?

I have to tell the child that I have put the water in the freezer and after some time it will convert into ice.

As a side note "have put" sounds a little weird here. Maybe someone can comment more formally why it's right or wrong. It's probably not technically ungrammatical, but it sounds stilted.

What is wrong with "have put" in "I have put the water in the freezer"?

Absolutely nothing is wrong with I have put the water in the freezer.

The very first example sentence from this dictionary use the present perfect:

Where have you put the ​keys?

It's true that the above is a question. But the basic meaning of to put as to move or to ​move something or someone into the ​stated ​place, ​position, or ​direction is the same. And using it in the present perfect is absolutely okay.

If someone did not hear what you said, they might ask

Where have you put the water?

Where did you put the water?

and you can answer

I have put the water in the freezer.

Some American English speakers might prefer the simple past tense

I put the water in the freezer

but the present perfect is absolutely correct.

It is also true that in spoken English we usually use contractions, so it would be

I've put the water in the freezer.

So, the uncontracted form could sound stilted. That is really the only reason I can think of. There is nothing wrong with it as far as the tense or definition.

The first thing to know is that "I have put the water in the freezer" is entirely correct.

When you say "I put the water in the freezer," you are focusing the listener's attention on your action of doing it at a particular time. The listener is supposed to place themselves in the past, mentally picturing you doing the action.

(This latter means that you're done eating dinner, but it's not specific about how long ago. But it would be weird to say it if you haven't eaten in days.)

So I actually think "I have put the water in the freezer so that it will turn into ice" is totally OK.

Grammatically, there is nothing inherently wrong with have put. It's not "wrong," it's just a bit "unnatural."

Let's say you and I are planning a big party for the weekend, and we want to serve frozen candy bars. You might say:

Did you put candy bars in the freezer?

Yes, I've put the candy bars in the freezer.

Yes, I put the candy bars in the freezer.

Yes, the candy bars have been put in the freezer.

But I'm having trouble imagining myself saying:

Yes, I have put the candy bars in the freezer.

The have can be contracted, omitted, or used in the passive voice, but, for some reason, "I have put something in some location" sounds a bit stilted, just as the comment says. (Figuring out why, though, is a tough nut to crack.)

I went onto Google books and searched for "I have put the". A few hits were from older sources (such as the Bible), and they sounded decidedly uncontemporary:

I have put the Lord before me at all times

Others sounded okay to me, but I noticed they were using the verb put to mean something other than the simple act of physically moving something from one place to another; for example:

I did find this one:

I have put the eggs in the icebox to save them for your return.

which uses the same grammatical structure as your sentence – but, to be honest, it sounds stilted, too. If I was writing that note to my kids, I'd say:

I've put some eggs in the fridge to save them for when you get back.

I don't know if this answer will be helpful or not. I've put some ideas into words, but I haven't managed to definitively answer the "why" question.

There's nothing wrong with it, it's just a little verbose for natural speech. Remember us native speakers (at least in North America) are all about cutting up our own language so it's as short as possible so that it rolls off the tongue as lazily as possible. Take for instance the recent rise of slang like "bae" instead of "babe". The latter just takes too damn many movements of the lips, so cut it down to "bae".

Okay that's a silly example for laughs, but this is the essence of it. "I have put water in the freezer" is fine, but it's shorter and you're saying the exact same thing with "I put water in the freezer." That's all. In natural speech, when you don't omit words that can be omitted, the speech will sound "robotic" to a native speaking observer.

Water when used with an article can mean a container of water, such as a bottle of water, especially when a refrigerator/freezer is in the context (it would be different near a beach).

If you mean water in general, omit the the.

Have put is a valid tense of to put. Nothing wrong with it technically. But...

Keep in mind that put is one of a couple English verbs (such as cut and set) that is the same for present, past, and past participle forms.

Normally it is easy for a listener to figure out whether put happened in the present or past, if it really matters. Usually it doesn't matter because typically one cares more about the object being put than the exact time reference (past or present).

In the situations where it does matter, there is a tendency to emphasize the "pastness" with have or did. Because of this, when you say I have put it may seem to others as you emphasizing that fact, and if there is no reason for you to emphasize that fact, then it sounds a bit wordy or a bit like you are trying not to blamed for not putting it there.

I have put the water in the freezer...

To say "I put the water in the freezer" would also be correct but in my native tongue (Australian English) would sound less formal indicating a casual relationship between speaker and hearer or perhaps a lesser sense of urgency or immediacy. This is a common sentence structure and usage and does not sound stilted or unusual to me.

GoDucks' answer is great background, so read that first. I wanted to add an attempt at answering this question: why does it sound "wrong", "stilted", or "unnatural"?

In my dialect of English (Western U.S.A.), there seems to be a rule: when the past participle and simple past tense of a verb are the same, prefer to use the past tense. Consider this list of irregular verbs.

All of these are examples where I prefer the simple past tense:

So in my dialect, it may be valid to say that the simple past is preferred. However, there is no such thing as correct English; there are dozens of dialects. Thus, it is incorrect to say "I have put" is incorrect in any absolute sense.

I would love to hear from other English speakers if their dialects include or do not include this rule.

One way of telling when present perfect is more suitable is whether you are talking about an action that is, at present, complete ("perfect"), or about the performance of the action (with a time, place, etc.); if the completeness is more important, then present perfect should be your choice.

In this case, saying "I have put the water in the freezer" is equivalent to saying "at this point, the water is already in the freezer". You can't append "yesterday" because, strictly speaking, you are not talking about the action of putting but on the fact that it is now done.

In the provided example, present perfect and past simple have very close meaning and can both be used (hence the confusion). But imagine you were talking about having breakfast - there is a distinction between "I had breakfast" (typically continued with something like "in this lovely restaurant" or "a few days ago" to describe the activity), and "I've had breakfast" (with nothing added - "already" is implied) which generally means "I'm not going to eat any more, thank you".

As the others have pointed out, it is grammatically correct, but it is not the preferred tense in American English.

In American English, the the simple past and present perfect tense are very different. It's hard to describe, so I'll use examples.

Clauses in the simple past tense are like memories. They are a description of a specific event.

Clauses in the present perfect tense are like logical facts. They are an assertion that an event with those details exists (in the universe/history of one's life).

For example, if I were to show you a picture that directly represents 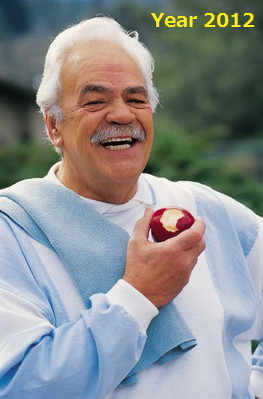 And here is a picture that directly represents

John has eaten an apple 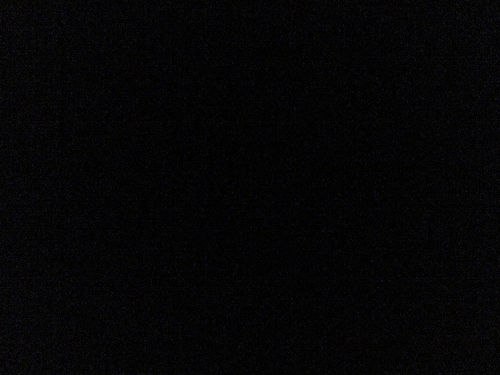 If someone asks you

Where did you go for Christmas?

you can directly answer this "where" question with a description, so you should use the simple past tense.

If someone asks you

Have you ever gone to Spain?

you can directly answer this "yes/no" question with an assertion. Therefore you should use the present perfect tense.

I have put the water in the freezer

I put the water in the freezer

imply the same thing. The former is an assertion of the fact, the latter is a description of the event.

By convention, Americans use the description instead of the assertion.

EDIT: This post is based entirely from my experience as a native speaker of American English, it is entirely possible other people think of the tenses differently.

As a native American English speaker, this sentence is extremely unnatural. When having conversations, a phrase like this would never appear.

I have eaten an apple.

I have sent a message.

I have watched the movie.

I have donated to the charity.

Obviously there is nothing wrong with these sentences; someone will understand exactly what you are saying. They are grammatically correct, but sound unnatural.

When speaking in English, you shouldn't add the word have to a sentence when the following word is already in the past.

"I have put the water in the freezer" mixes a past-tense of the verb "place" and the word "have" just like the above sentences. This is correct, but it isn't normally used at all.

Not the answer you're looking for? Browse other questions tagged present-perfect or ask your own question.

3
How to talk about putting water in the freezer to become ice?