can we say: “The peak is leaded by U.S.” (and other variants)

Let's say we are talking about the values of something (between different nations) and U.S. has the higher value between them.

The peak is leaded by U.S. with

Is any of these wrong? What would you use? (where a formal style is preferred).

note: the values are expressed by a chart using percentages

edit: e.g.: how many citizen use a smartphone

I would not use peak in this context. Peak often represents the highest point over time, particularly when the value rose to a certain point, and then fell again.

For example, in this graph:

we could say that gas prices peaked in 2008, corresponding to the highest point on the graph.

In a situation such as the one you described: 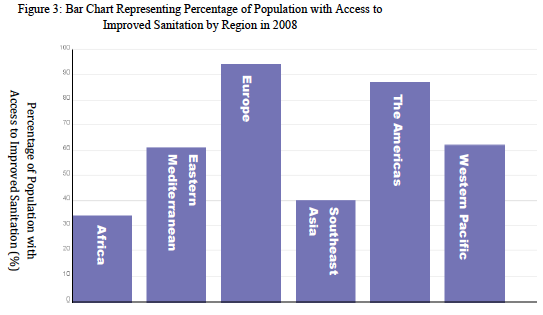 I'm assuming you are talking about points, say, an international competition, and you want to say that the US has the highest points. If so, your second suggestion is the best way to express it. Additionally, you could use any of the following (a few among many possible ways you could say this):

Any of these could be used formally. I would personally suggest options 1,2 and 4, as the point of concern is only about the US.

NOTE: Since you're talking about percentages, the best option would be:

U.S is in the lead with 70% of its citizen using smartphones. (For example)

Normally you would say "The USA is at the peak of..." but there are very few things that this holds true for.

A more likely phrase to use would be "Norway leads the world at..." or "Norway is leading".

A country could be "at the peak of its economic power"

For a graph showing percentages

The peak is led by the US

In a bar, pie, or bubble graph it might be better to say

Not the answer you're looking for? Browse other questions tagged word-usage word-choice formal-language or ask your own question.