I was reading a book today and I got confused by the sentence 'Don't let's wait.'

Is it correct to say this? I have seen sentences like:

... on Google. This question here asks about sentences like:

Niklon's answer there says that this sentence is not grammatical because it has both let's and don't together. So does this means that that the main example here is ungrammatical?

So here I will talk about this three constructions -

The contraction form of let us in imperative use is let's. But if we say only this about let's we will miss out on many more.

Because often you will find following constructions -

The use of us there is redundant. We not only find objective case after after let's, at time we find subjective cases also, like the followings -

These are as redundant as us. Obvious question comes when such redundancy is allowed or whether they are at all correct. As long as it's in casual informal situation, or in speech where it's seen as mistaken repetition of the pronoun that is already present in the contraction, it's okay. But overall such usage is generally criticized as redundant especially by earlier commentators. It is however to be noted that Quirk et al. 1985 characterizes let's us as "familiar American English".

The Cambridge Grammar of the English Language (CGEL) says that the use of let's you and I/me ... is so common that it qualifies as acceptable informal style in Standard English. 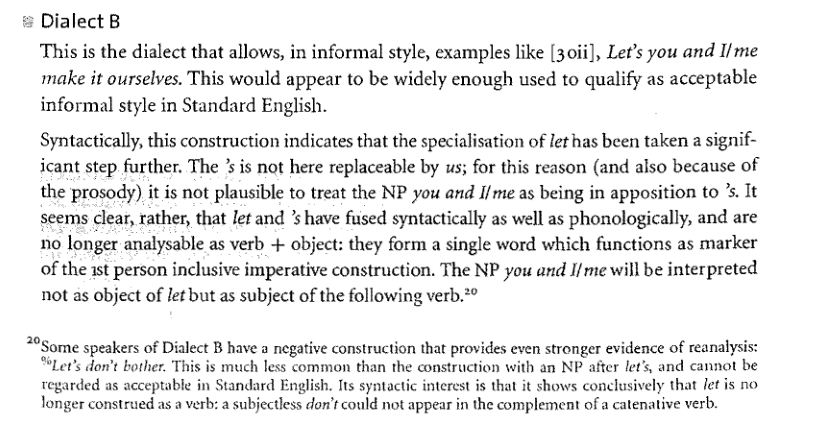 But generally the subjective case of pronoun after let is not standard, but still there are examples where we can find such usage -

We can't conclude that it's older usage. Here is a much modern example compared to the one above -

Jespersen says that the last sentence allowed he because of the relative clause and who. In the relative clause the subject is represented by who, and in turn it's he. But the later editors changed he to him. Notwithstanding the construction persists in Modern English. Let's check the comic-strip paraphrase of famous passage (John 8:7) of the King James Bible:

Jespersen further says that the reason why there is subjective case rather than an objective case in those sentences is because the pronoun after let is perceived as the subject of the following infinitive, rather than the object of let. He calls it Notional or Virtual Subject.

The Oxford English Dictionary, however, calls such occurrence of subjective case incorrect.

By the 20th century let's is frequently treated as a unit, rather than as a contraction, and then the pronoun follows.

The negative of let's is formed in three ways - 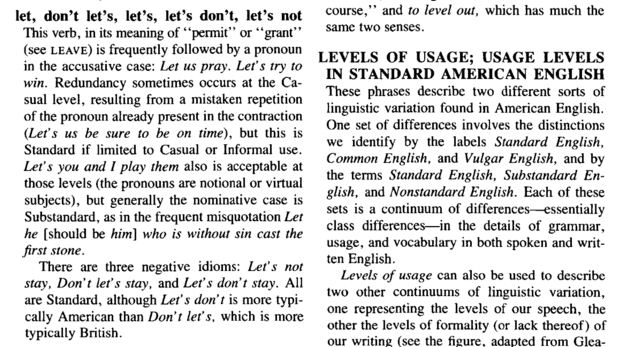 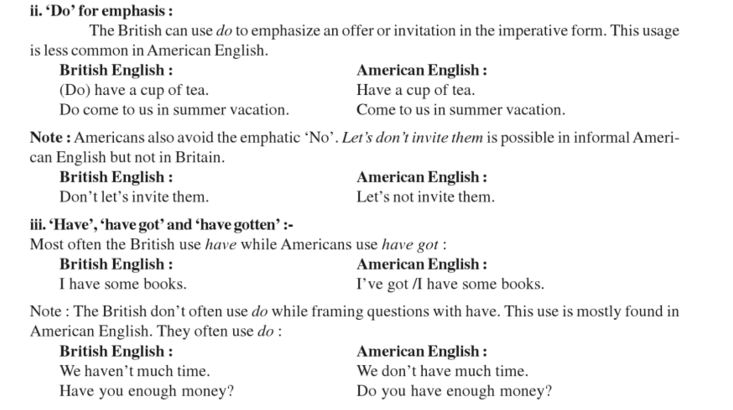 The Cambridge Grammar of the English Language -

I believe that the answer lies in how sentences are contracted.

from this, the sentence "Don't let's.." becomes:

All though the expanded version that phrase sounds grammatical, the contracted form sounds grammatically incorrect. All though it sounds like a bad error, it is not. However, this isn't something that is widely used. In fact, I've never seen this being used until you posted this question.

So if this is completely an alien topic for me, how can I help you? Frankly, I'm not sure I can. But I did a little digging up on this and I've come to realize that this isn't incorrect. However, this is considered to be highly informal. Why? Simple.

Words such as "don't", _"can't", "let's" etc, are mostly used in informal contexts. Now when you're contracting words for the ease of use, you tend to oversee the grammatical mistakes when two contractions are combined. The truth is that there is not mistake, but it sounds wrong. That is the problem with the over usage on contracted words.

These are a few places you could go and look into this odd usage of words:

To sum it up, those type of contracted sentences are not wrong, but they are hardly used and are considered as highly informal. The beauty in learning a language is to reach a point where you can convey something without any ambiguity or confusion. Truth be told, like every language, English has many weird usages, perhaps even more than most languages.

PS: I would advice you to never use these phrases as the listener will either get utterly confused or might assume you;re just very poor at grammar.

"Don't let's" is "Do not let us" in contraction form. However, it was acceptable at one time to say it as such, it is no longer considered good grammar. Just because two words spoken together can form a contraction, doesn't mean you should do so.

I've heard it spoken this way in a few movies and even have read in a book or two, but it's usually because the time setting is supposed to be during a time period where that was acceptable, or maybe its based in Britain. lol.

1
face changes as if he has seen this before?
3
Doesn't… (negative), but…. (short positive)
5
Is "no one of them seems grammatical" ungrammatical? Why?
3
What does 'there has never been' mean?
1
if necessary past verb?
29
In how many ways can something not be right?
0
Is the sentence 'Tom said he hadn't got any money' reported speech from 'Tom said, "I haven't got any money"'?
1
Any difference between "don't forget it" and "don’t you forget it!"?
2
Does "not" modify main verb or adverb?
1
Using need and when in one sentence