Shrubs, weeds and raccoons have reclaimed (the) empty neighbourhoods

From The Economist's article on Detroit's doldrums:

Detroit’s population has fallen by 60% since 1950. ... Shrubs, weeds and raccoons have reclaimed empty neighbourhoods.

Would it be acceptable to put the definite article before the "empty neighborhoods"? Both the reader and the writer are aware where exactly these neighborhoods are, from the preceding text. Therefore the noun should have definite reference; hence,

Detroit’s population has fallen by 60% since 1950. ... Shrubs, weeds and raccoons have reclaimed the empty neighbourhoods.

If the first quote is more appropriate, why? How would adding THE shift the meaning?

However when you add the to the sentence, you're now referring to the set of all the empty neighborhoods in Detroit. This changes the meaning a bit. It's likely that not all of the neighborhoods have been overtaken by wildlife, hence the author's decision to omit the.

(In this answer, I will reach the same conclusion WendiKidd does, but I will do so in my own way.)

Without an article, there is no such signal. Instead, the author speaks of neighborhoods in general, limited by context to the topic of Detroit, giving us the meaning some neighborhoods in Detroit. Since the meaning differs (some versus all), inserting the definite article is not appropriate.

However, you must not generalize from this that the definite article means all. It does not. If the author had previously talked about specific neighborhoods, then these neighborhoods would be within the shared conceptual space, able to be referred to by a definite article. Nor should you conclude that the definite article must refer to information overtly introduced in the current article or conversation (compare "the President of the United States") or to information familiar to the reader (compare "beware of the dog"). This is why I call it a pragmatic signal; what exactly the reader does with it depends on context, and which article if any is appropriate cannot be determined from syntax alone.

Unfortunately, a complete explanation of definiteness is beyond the scope of this answer.

Would it be acceptable to put the definite article before the "empty neighborhoods"? Both the reader and the writer are aware where exactly these neighborhoods are, from the preceding text. Therefore the noun should have definite reference.

That interpretation is not correct; the reader is NOT told which neighborhoods are in trouble. Here is the entire paragraph:

What was once the country’s fourth-most-populous city grew rich thanks largely to a single industry. General Motors, Ford and Chrysler once made nearly all the cars sold in America; now, thanks to competition from foreign brands built in non-union states, they sell less than half. Detroit’s population has fallen by 60% since 1950. The murder rate is 11 times the national average. The previous mayor is in prison. Shrubs, weeds and raccoons have reclaimed empty neighbourhoods. The debts racked up when Detroit was big and rich are unpayable now that it is smaller and poor.

Could you add a definite article? Sure:

The previous mayor is in prison. Shrubs, weeds and raccoons have reclaimed the empty neighbourhoods.

Either way (with or without the article), some neighborhoods are emptying out, and some raccoons are moving into those neighborhoods.

So, which "reshelving" sentence is better? That's like asking which face is on the front of this cube: 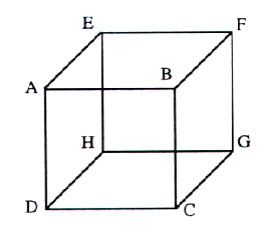 Not the answer you're looking for? Browse other questions tagged articles definite-article determiners or ask your own question.

3
Advertising propelled (the) radio
4
Exxon and (∅, the) other oil majors
3
“What all three famous men here were doing…” — why is there no article if the men have been mentioned before?
0
When can uniquness and reminiscence be cancellable?
0
What is the difference between “sports have a power to unite people” and “sports have the power to unite people”
4
The empty pockets
16
Is it not correct to say “I have the brown eyes” instead of “I have brown eyes”, and why?
1
Does the word potential always need an article?
1
A new furniture for an empty room. Is the article correct?
3
Why is no article used before the nouns “custody” and “possession” in the phrase “to have custody/possession of”?