“surely they are a people” - why is an indefinite article used with a plural noun? [closed]

Ask Question
Asked 4 years ago
Active 4 years ago
Viewed 470 times
2
Closed. This question is off-topic. It is not currently accepting answers.

to cite this wikipedia article

"And (We sent) Lot when he said to his people: What! do you commit an indecency which any one in the world has not done before you? Most surely you come to males in lust besides females; nay you are an extravagant people. And the answer of his people was no other than that they said: Turn them out of your town, surely they are a people who seek to purify (themselves). So We delivered him and his followers, except his wife; she was of those who remained behind. And We rained upon them a rain; consider then what was the end of the guilty."

I'm confused of the usage of the word a in the above bold quote. To quote britishcouncil.org:

Police are searching for a 14 year-old girl.

She is a pupil at London Road School.

Surely the word people is a plural noun. Additionally, the words they and are are used to show the plural of the noun. Therefore i don't understand why the indefinite article a is used here.

Actually, I believe you are looking for this definition where people is singular 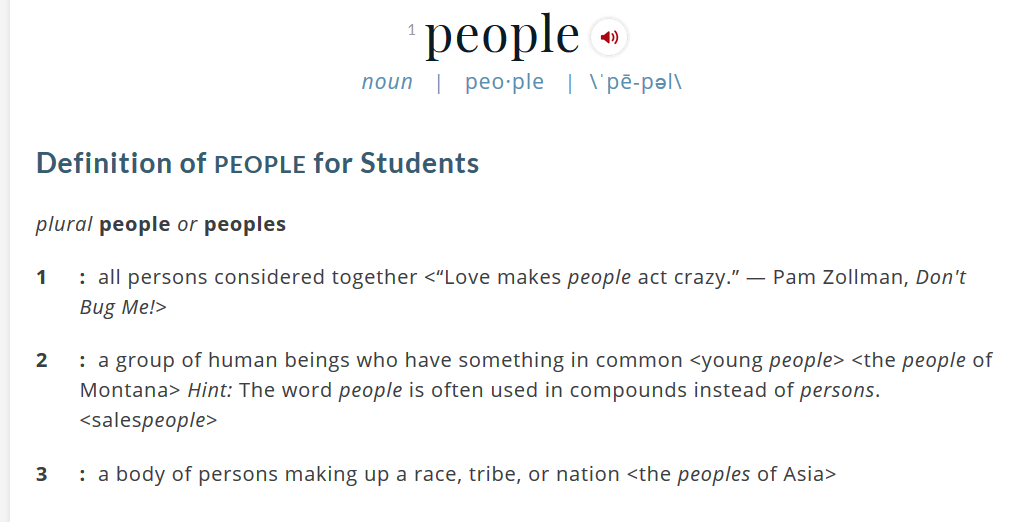 So in your example, people means group of humans, and what do the group members have in common?

[They] seek to purify (themselves).

In this instance, since people is singular, you can apply the rules you know about the article a.

Not the answer you're looking for? Browse other questions tagged plural-forms indefinite-article or ask your own question.

5
“In such a people” — meaning?
3
Why is there an indefinite article?