What is the meaning of “Put a bullet in something”?

I have seen this sentence in a chat between people and I guess when they said "put a bullet" they have used it idiomatically. I am not sure about the meaning though.

Any help would be much appreciated.

"To put a bullet" in something or someone can mean to kill the person, or end the thing. In this case, it means to terminate the "process", to stop it.

put a bullet in something

can mean to end or stop something and also

to put something out of its misery

at a bar, it can mean to add some Bulliet bourbon (pronounced the same as bullet) 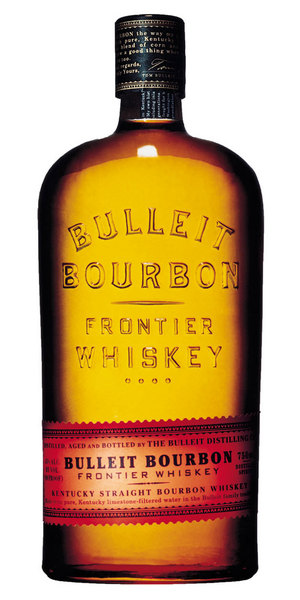 While we are giving examples, this is my favorite:

There was this kid I grew up with; he was younger than me. Sorta looked up to me, you know. We did our first work together, worked our way out of the street. Things were good, we made the most of it. During Prohibition, we ran molasses into Canada. Made a fortune.

As much as anyone, I loved him and trusted him.

Later on, he had an idea to build a city out of a desert stop-over for GI's on the way to the West Coast. The city he invented was Las Vegas. This was a great man, a man of vision and guts. And there isn't even a plaque, or a signpost or a statue of him in that town! Someone put a bullet through his eye.

As an addition to the other answers, a nice usage example, in a famous poem titled Richard Cory:

Whenever Richard Cory went down town,
We people on the pavement looked at him:
He was a gentleman from sole to crown,
Clean favored, and imperially slim.

And he was rich – yes, richer than a king –
And admirably schooled in every grace:
In fine, we thought that he was everything
To make us wish that we were in his place.

So on we worked, and waited for the light,
And went without the meat, and cursed the bread;
And Richard Cory, one calm summer night,
Went home and put a bullet through his head.

The phrase is used literally here, of course, but it's a nice poem.

This use of "put" might be not very intuitive for a novice learner. In Russian, we don't "put" a bullet, but "release" or "fire" a bullet. "Put a bullet into something" would imply (to a speaker of Russian) that we gently placed it there. With "through", it's easier to understand.

Not the answer you're looking for? Browse other questions tagged phrase-meaning sentence-meaning idioms or ask your own question.