Is the tense use correct here?

Interest rate is average prime lending rate till June 2010 and base rate afterwards.

I am confused about the meaning of bold part.Also, the tense seems to be weird.For, e.g., he is a school-going child till 2010 and (then is) college-student afterward.I think "was" , or "have been" are better than "is" here.

Though the image is unclear, it will give you an idea.The bottom two lines are what I wrote above.

It appears to be a definition.

Interest rate is (defined to be the) average prime lending rate [until] June 2010 and [then] base rate afterwards.

It is defining interest rate, which appears in the graphic. I have boxed in in purple. 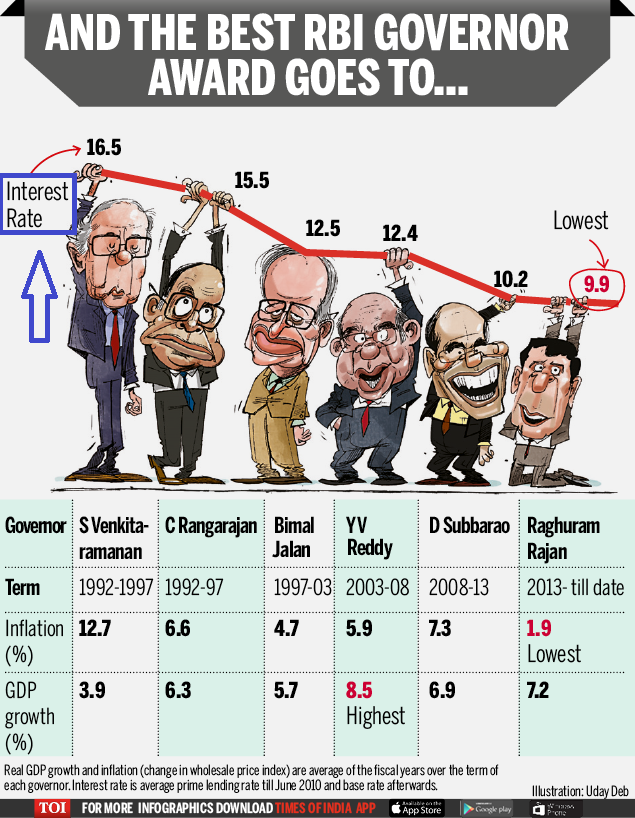 Here is some info I found on the two.

What is the 'Prime Rate'
The prime rate is the interest rate that commercial banks charge their most credit-worthy customers.

Interest rate is average prime lending rate till June 2010 and base rate afterwards.

is part of a legend explaining the definition of one of the values being shown: "interest rate".

In your example, the average prime lending rate is used until midway through Subbarao's term when the calculation changed.

Not the answer you're looking for? Browse other questions tagged meaning-in-context phrase-meaning tense-agreement or ask your own question.

1
mixed tense in sentence
0
Can you explain the tense structure here in this dialogue?
3
Question related to tense agreement
2
tense-agreement
1
Which tense is correct? “The teacher explained to us what dyslexia IS” or “what dyslexia was”
0
Use past and present tense in the same sentence