What does "push to close" mean?

Can anyone who watched "Jurassic Park" explain me this moment? Dr. Hammond tells Ellie to push a button which says "push to close" to turn on the power. 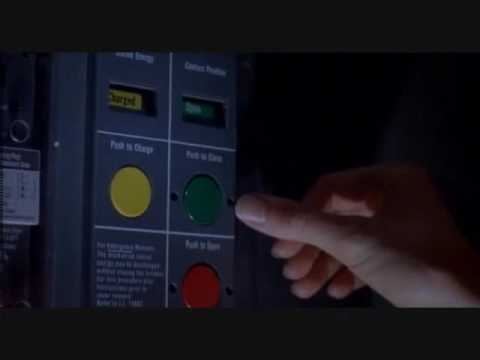 This clip from the movie showing the steps leading up to the moment in the question will help with context : https://youtu.be/PscRUlsvhtI

The system is a power plant and you have to follow a sequence of steps to get it back on-line. First Ellie has to prime the circuit and then Dr. Hammond says "under the words contact position there is a green round button".

If she switches the "contact position" to closed, she will complete the circuit and power can be restored. If the contacts are in the "open" position, current won't flow, similar to a light switch. You turn the light switch "on" but you "close" the circuit so the power can flow to the light.

Not exactly relevant to your question, but there is a reference in a later Jurassic Park movie related to this moment:

Before embarking to Jurassic World, mom Karen (Judy Greer) tells her sons Gray (Ty Simpkins) and Zach (Nick Robinson) to be sure to answer the cellphone when she calls by “pushing the green button.” That’s an homage to the scene in Jurassic Park when John Hammond (Richard Attenborough) tells Dr. Ellie Sattler (Laura Dern) to restore power to the park by pushing the “round, green button.” (Source)

By pushing the "Push to Close" button, Ellie closed the breaker.
(When such a breaker is closed, it is in the "CLOSED" position1.)
By doing so, she closed the circuit, and they got the power back to the system.
(We need a closed circuit so that the current can flow in an electrical system.)

This "Push to Close" button was on the main circuit breaker. As it happened in the movie, when the main (circuit) breaker was closed (and they got the power back), she still had to close each individual breaker to close the circuit of (i.e., to power) each part of the park.

It's quite obvious that the main circuit breaker was a Westinghouse / Cutler-Hammer SPB breaker. It's unclear exactly which SPB model it was, though. Here is a photo of an SPB-65 breaker I found on National Switchgear's website: 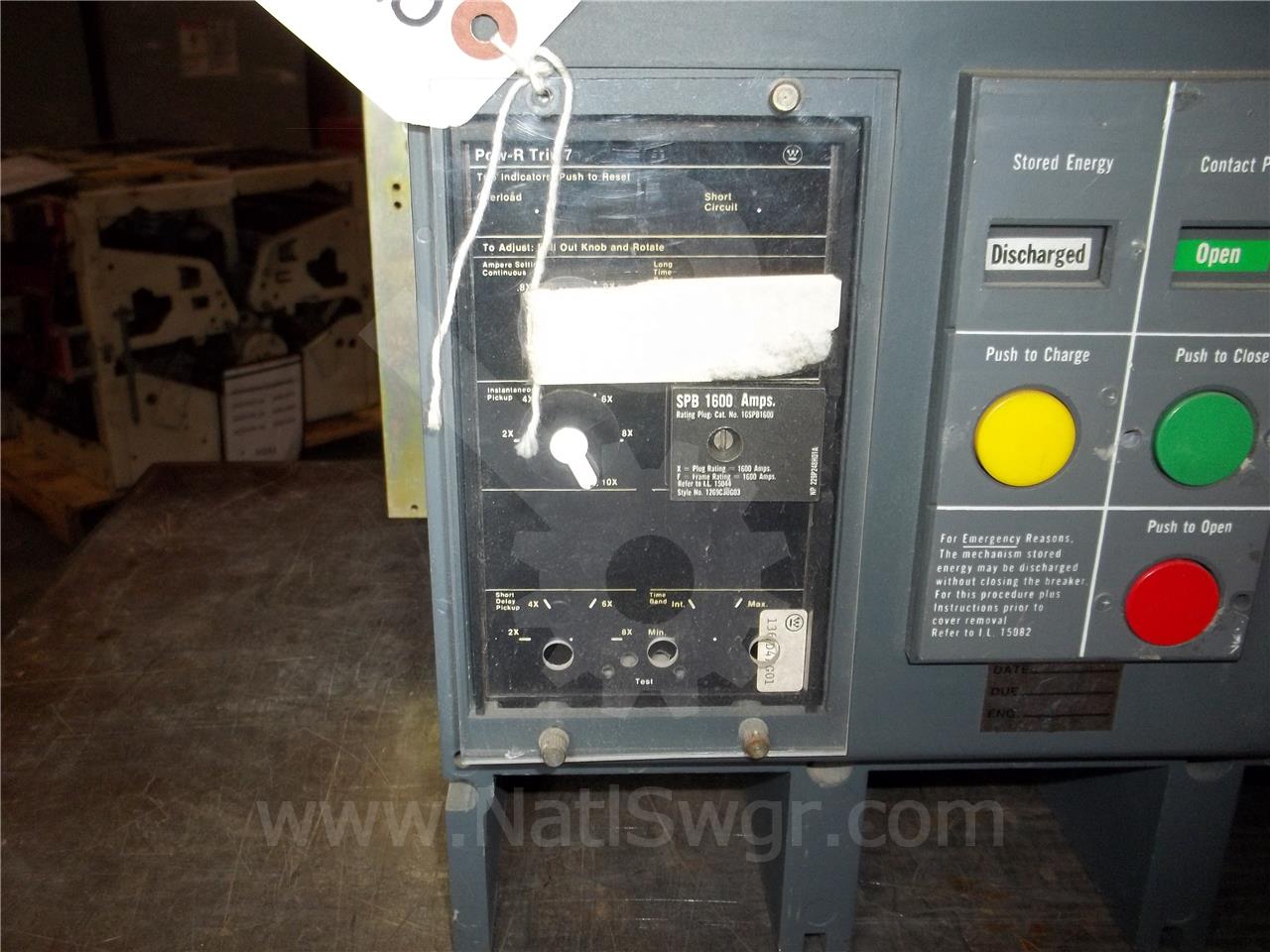 According to basic operation instructions in an SPB Breaker manual I found on the web, here are the relevant parts that Ellie did to "close" the breaker.

4-1.1 HOW TO CHARGE MANUALLY
To manually charge either a manual or electrically operated breaker, push or pull up on the charging handle. The handle is shaped to make manual charging easy when the breaker is located in either a low or high position with a switchboard enclosure. Four full strokes or several partial inching strokes can be used. When the spring is fully charged, the yellow "CHARGED" indicator will appear in the stored energy window on the breaker front cover. When the mechanism is fully charged the handle stops and will return to its normal position when released. Manually operated breakers have multiple charge-close provisions which allow the following possible operating sequence: Charge-Close-Rechage-Open-Close-Open.

(Before Hammond told Ellie to push the Push to Close button, he told her to pump up the primer handle. That action was to charge the breaker.)

4-1.3 HOW TO CLOSE
All that is required to close the breaker locally is to push the mechanical "PUSH-TO-CLOSE" pushbutton. Precharged breakers may be closed remotely via a spring release solenoid which is standard for electrically operated breakers and optional for manually operated breakers (Section 5-3). For special applications, local manual closing may not be desired. Provisions are available in the form of a manual closing blocking adapter to prevent this action except by authorized personnel (Section 5-11).

Before attempting to close the breaker locally, the yellow stored energy window must read "CHARGED." Electrical interlocks are provided to prevent remote closing unless the closing energy is fully charged and the mechanism is ready to be closed.

(Ellie did this by pushing the mechanical "PUSH-TO-CLOSE" pushbutton.)

1The manual uses the term "position" to cover all kinds of positions of the breaker (OPEN, CLOSED, CHARGED, DISCHARGED, TEST, CONNECTED, DISCONNECT, WITHDRAWN, FULLY WITHDRAWN, and so on). A position of the breaker could refer to its Stored Energy Condition (CHARGED or DISCHARGED as indicated by the "Stored Energy" indicator), Contact Position (OPEN or CLOSED as indicated by the "Contact Position" indicator), Drawout Mechanism's position (TEST, CONNECTED, DISCONNECT, and WITHDRAWN, which is indicated by the "Position Indicator", but only when the breaker is "mounted", i.e., installed on self-contained extension rails; also note that it's DISCONNECT rather than DISCONNECTED in the manual), or other possible physical positions (such as FULLY WITHDRAWN and FRONT). In the photo, the breaker is in the "DISCHARGED" and "OPEN" position.

is only used as an instructional summary on the button, the fact that it is a green button would indicate something will start or proceed (red would indicate stop), that something needs to be closed in order for the process to proceed.

Push to close is a type of switch, you push it to close the contacts i.e. turn it on, a door bell button is a push to close switch.