"Do you want [article] chocolate?"

If I have a white chocolate like this on a table. I am sitting at the table and I want to ask my son, who is near me. Whether he wants [article] chocolate or not? Which article is correct? 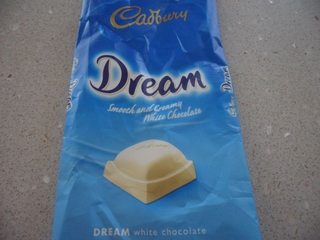 some chocolate? (unspecified less than all quantity)

a chocolate? (one piece)

a piece of chocolate?

this piece of chocolate?

this chocolate? (could be all/some/one)

Chocolate (and white chocolate) is usually a mass noun, therefore it does not usually work with a. This is the same for other mass nouns such as coffee, beer.

However, if you are talking about a serving of chocolate/coffee/beer, you can use a:

as you can say

When referring to the single piece on the table, you can also use the:

This can refer to the specific piece on the table. However, in other contexts, it can also refer to the substance white chocolate in general:

Do you want the white chocolate or the dark chocolate?

Note that the usage of the indirect article does not work for all mass nouns. We (at least, I) would not say

It would have to be:

Not the answer you're looking for? Browse other questions tagged articles countability .

7
"Have you ever had surgery?" Why does surgery in this sentence have no article?
4
said something -- no article requred in front of the expression?
2
What is an article used for?
1
Should I add an article in the following sentence?
0
Sentences that answers on the question "what is this" should get an article?
3
Is an article needed in these opening statements?
1
about use of an article in front of 'trim'
0
Article in the question "do you like". With or without articles
0
Definite / Indefinite Article
0
What article should I use with a unique thing that doesn't yet exist?