I'm reading Mark Twain's The Prince and The Pauper and have come across this sentence in Chapter 23, after the woman has told the court that her pig is worth eight pence and is about to leave when an officer stops her asking to buy the pig for that amount.

The woman: "Eightpence, indeed! Thou'lt do no such thing. It cost me three shillings and eightpence, good honest coin of the last reign, that old Harry that's just dead ne'er touched or tampered with. A fig for thy eightpence!"

The officer: "Stands the wind in that quarter? Thou wast under oath, and so swore falsely when thou saidst the value was but eightpence. Come straightway back with me before his worship, and answer for the crime!--and then the lad will hang."

Literally, it is a nautical term meaning "Is the wind coming from that direction?"

The actual meaning is "Is that how things are?" with an implication of either surprise or (here) cynicism.

It uses the archaic form of question without "do" support: in modern syntax it would read "Does the wind stand in that direction?" But it also uses an archaic sense of the word "stand".

It's a reference to the points of the compass which name the direction from which the wind comes. 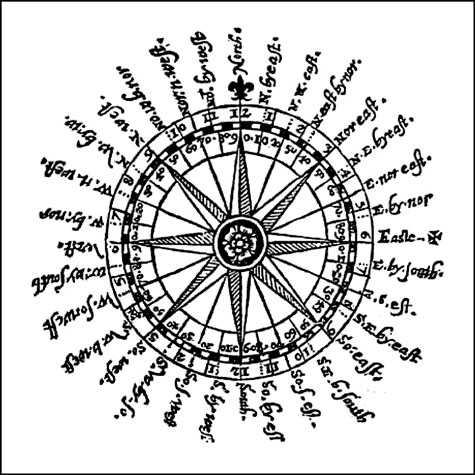 "Stands the wind in that quarter?" is a rhetorical question: "Is that where the wind is coming from now?" That is, you've changed your story: formerly you were 'blowing' from that quarter, but now you're blowing from this one.

Not the answer you're looking for? Browse other questions tagged expressions literature .