"Even vinegar, once you've gotten it for free, tastes sweet": Is there an English equivalent for this saying?

There's a slang word in Russian, халява (pronounced halyava), meaning something that you get for free and without any effort despite its obvious monetary or effortful value. This something isn't either a present or reward; nor is it anything obtained illegally, say, by a theft or fraud.

Since some people (maybe too many) wouldn't mind getting something (even if they don't really need it) without paying for it, there appeared a saying "На халяву и уксус сладкий". Literally, it means somewhat like "Even vinegar, once you've gotten it for free, tastes sweet".

I'm wondering what would be the English slang or just colloquial equivalent of the Russian халява. "A steal", which came to my mind, suggests a bargain, so I don't think it matches the original meaning.

Also, I'd very much like to know if there are any English sayings or proverbs referring to getting something (unduly) for free and to a possible aftermath of such "lucky" events.

Also, I've been thinking of "on the house" idiom and wondering if "without the expense of buying", or "without any expense", or "gotten for free" could be acceptable.

The closest I can think of is

which references the saying

Don’t look a gift horse in the mouth.

Though it is not a precise match.

A horse’s teeth are often a good indication of the horse’s overall health, so when purchasing a horse it was important to look in its mouth to ensure the teeth looked healthy. But the proverb tells you not to do this with a gift horse: since it was freely given, it does not matter what its condition is. Even an unhealthy horse is fine when it’s free. (The proverb is also given as a rule of etiquette, since it would be rude to question the value of a gift freely given.)

But if this is similar enough, then you could use a gift horse to refer to something you got for free, and therefore did not care how useful or valuable it was since it cost you nothing. It should be noted that while don’t look a gift horse in the mouth is a common, well-known saying, the phrase a gift horse referencing it is not common. I think most readers familiar with the saying will get it, but some might not get it immediately and react with “what horse?” You could give them a nudge in the right direction by saying something like a proverbial gift horse to indicate that you’re talking about the proverb, that this is a horse you shouldn’t look in the mouth.

As an aside, a term very different in meaning is a Trojan horse, which was a gifted horse that very much should have been inspected. It was, of course, a large wooden horse rather than a real horse, but it was famously left outside Troy by the Greek armies that had beseiged it. It appeared to have been left as a sign of respect for their bravery in defending the city, and it was taken into Troy. Of course, it was actually a trick: Greek soldiers had hid inside it, and that night they snuck out of it, now inside the walls, and the sneak attack took Troy. Hence the phrase beware of Greeks bearing gifts.

The fact that this trick took the form of a gifted horse while the proverb about not inspecting gifts also refers to a gifted horse is a historical coincidence, but one that is sometimes used to make a point (for example, about the limits of etiquette, or about the hidden costs of what might appear to be free).

There is a word used in English for (often cheap) giveaways: swag. It overlaps with Russian "khalyava" in meaning. Quoting from Wiktionary,

swag: (uncountable) Handouts, freebies, or giveaways, such as those handed out at conventions.

I'll not go far to fetch a usage example: 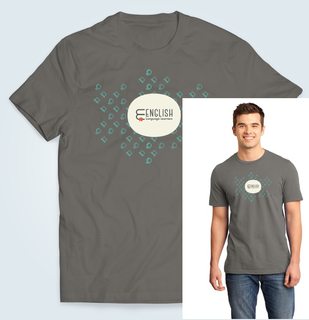 I'll be reaching out to you shortly with a link to a form: be sure to fill out the form as soon as you're able to do so! You'll have two weeks to do it, after which I'll close the form and take care of sending all of the swag your way!

Although you say that "khalyava" is not something obtained as a present, we Russians do use the word to refer to similar giveaways: "I've got a t-shirt from StackExchange na khalyavu" (I got it "in a khalyava way").

I don't know how much the meaning of English swag overlaps with khalyava - judging by Colleen's comment below, not very much.

My friend, when he was a technical college student, once got a summer working practice assignment in a factory producing alcoholic beverages, and there he could sample beverages for free, "na khalyavu". He said, "Just imagine, unlimited khalyava beer!"

I'm not sure whether an English person would call such free beer sampling "swag".

"Well it's better than nothing"

English speakers will often say, "Hey, it's free." with an inflection that implies one should be more receptive to trying it, even if it's something one wouldn't normally enjoy.

There is also the idiom

Better than a poke in the eye [with a sharp stick]

This is used to express that you received something that wasn't bad, but also wasn't great either.

I can't comment on whether the collocation is an apt translation for the Russian халява, but there is also the seeming pleonasm free gift.

It is an old phrase, originally meaning "freely given", and appeared in contexts describing divine grace and pious charity, but nowadays it is used extensively in marketing and fundraising.

I got this umbrella as a free gift when I made a donation to PBS during the spring fund drive.

If you sit through a four-hour presentation on timeshare condos, you and your spouse will receive a fabulous free gift.

Another possibility is the US southernism lagniappe, a little something extra which one receives from a retail shop when purchasing a more expensive item.

Perhaps you are thinking of Shakespeare.

What's in a name? That which we call a rose, by any other name would smell as sweet. This is one of many quotations from his plays which has become a proverb.

It is not exclusively applied to commerce, but can be used in any context.

Mentioned already, the expression never look a gift horse in the mouth is another proverb: meaning if you get something for free, as a result of chance or even as an actual gift, you do not need to examine its teeth (a traditional way of valuing a horse, at auction, to determin the animal's age), before bidding on it. Because you are not paying for the item, you don't need to show the normal degree of prudence, as the maxim 'buyer beware' doesn't apply if no money is changing hands. The phrase is nowadays applied widely, not merely at livestock sales.

Not the answer you're looking for? Browse other questions tagged word-request proverbs .

6
Is there an English equivalent to this Japanese proverb?
1
An equivalent English saying for "Those who are more humble and calm are more knowledgeable"
1
Is there any word in English to say "additional stuff" for free?