Usage of word carriage for taxi

Can we say that as compared to train a taxi has only one carriage?

I checked the meaning of "carriage" in Oxford and Cambridge, but I didn't find any such meaning. However, I found that it is being used in such a manner in many places.

For example, it is used in this way as mentioned on this page of Wikipedia:

Do we have any other replacement of "carriage" here, which is more suitable in this context?

A taxicab is by definition a single automobile, so there is no need to suggest there is only one.

Larger vehicles that serve a similar function have different names like "bus", "trolley", "subway", "train", etc. These can have more than one car.

Trains and subways will sometimes call a "car" a "carriage", especially in BrE, but when used for single vehicles carriage refers to an older, horse-drawn vehicle.

(Edit) Please see the other answer for images commonly associated with carriage. Also, even though it's not part of the dictionary definition, it's possible that a carriage is a four-wheeled conveyance which does not move under its own power. For example, it is the locomotive which drives the train, and pulls (and/or pushes) a series of carriages. Similarly there still exist horse-drawn carriages, usually as a novelty.

The exception being the "electric carriage", pictured in the other answer, since replaced by the automobile.

(Side note) Like taxi, carriage implies a vehicle used to move people, not cargo. For a cargo-bearing vehicle pulled by draft animals, there is cart, wagon, or (in special cases) caravan, or (more archaic and obscure) dray, wain, or caisson.

You're confusing two different meanings of the word carriage:

6a) a wheeled vehicle; especially : a horse-drawn vehicle designed for private use and comfort

6b) British : a railway passenger coach

A cab does not have a carriage (in either sense of the word) - but cabs used to be carriages. Specifically, the quote you've brought up mentions electric carriages: 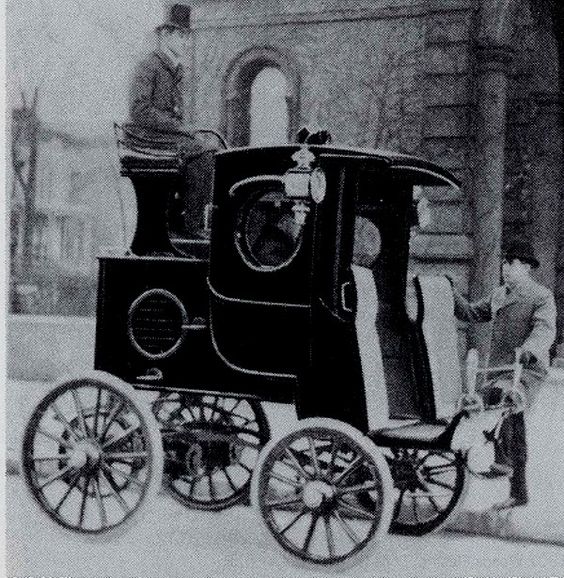 named so due to their similarity to actual, horse drawn carriages (which were also used as cabs before the invention of an automobile): 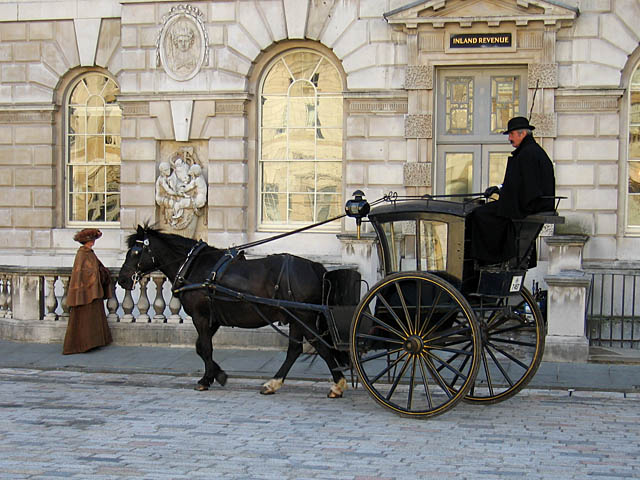 You wouldn't, however, call a contemporary taxi car a carriage - or say that it has one. And none of it has anything to do with actual train carriages: