Is this right sentence without 'and'? (ran to her room pounced on him) 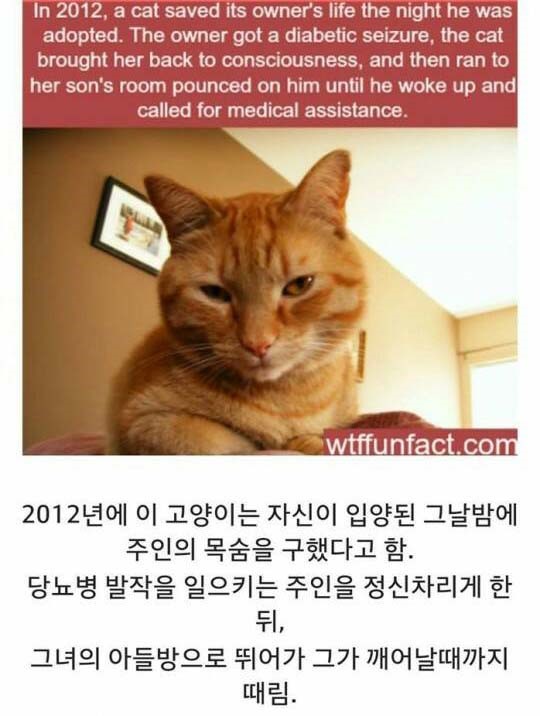 No, there should be an "and" in the sentence because it is a compound action - the cat did A and then the cat did B. You could omit the comma if you were making a list of actions, at least until before the last action. Examples of these kind of lists:

The cat ran into the room, pounced on the son, and ran out.

We drove to the campsite, set up the tent, and lit a fire.

Here there are only two connected actions so they should be joined in some way, as in these examples:

The cat caught the bird in mid-flight and brought it inside to show off to her owners.

The cat knocked the glass off of the shelf, and then, for no reason, knocked another off.

The cat sharpened her claws on the new sofa and then threw up on the new rug.

(Side note: As a cat owner, I don't believe this story about the cat saving her owner. My examples are much more plausible.)

Not the answer you're looking for? Browse other questions tagged conjunctions syntax or ask your own question.

1
Syntax: subject + verb + noun + {adjective or adverb}
3
Is it ellipsis or appositive?
1
“and” is necessary in a sentence with two conjunctions such as “after” and “until”
0
Word order: “Why don't you ask him to come with your family on a camping trip.”
8
Can I place a comma after a conjunction beginning the sentence?
1
Why is the -ing form used after 'therefore' in this example (“[…] therefore reducing emissions.”)?
0
“Once” and “since” at the beginning of a sentence
3
what is the meaning of this sentence and what is the verbs?
0
The difference : When / Before