"Was invented" or "Had been invented"?

Good afternoon! I have a question about using these two tense forms, which I've written above. There is a sentence:

[B4] "Back in the days before the car was/had been invented, the only personal means of transport were the horse and the bicycle. The first cars got their power from steam and gas..."

What is the difference between "was" and "had been" in this sentence? Which one to use? 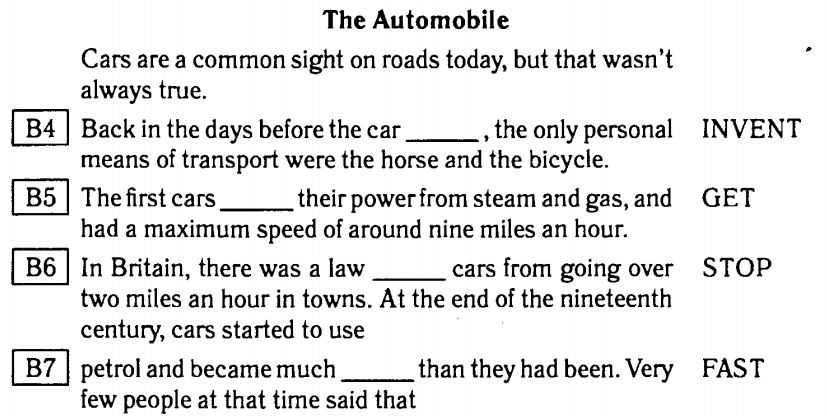 Assume for the moment that "the car" (automobile) was invented at an identifiable time. The word "before" in the test question renders the past perfect tense ("had been invented") unnecessary and verbose.

Also for brevity, I would strike "Back in the days," saying, "Before the car was invented, the only personal means of transportation were the horse and the bicycle."

An example of a sentence in which the past perfect is necessary is, "When roller skates were first produced, the automobile had not been invented."

3
He got his car stolen?
5
passive voice construction: "That evils had power was believed...."
1
''She has been'' vs ''She was''
1
"Much respect is deserved (by lefties)"
0
I'm stuck changing active sentences into passive ones
0
Using "was" or "had been"?
3
What's meaning "would" in this sentence?
0
'Was inked' or 'had been inked'?
0
Difference between was and had been
0
Is this use of passive voice appropriate? "I had been lost for quite a while"