Synonyms for the word "chronos" with spelling similarity

Chronos is defined as:

Chronos (/ˈkroʊnɒs/; Greek: Χρόνος, "time", pronounced [kʰrónos], also transliterated as Khronos or Latinised as Chronus) is the personification of Time in pre-Socratic philosophy and later literature. Chronos governed linear, chronological time, contrasted with the other Greek word for time, kairos, meaning the indeterminate moment that is right for something to occur.[1]

'Chronos' is the root of time and the stem of multiple words, such as:

I come with a problem of failing to visualize it and concretize it in mind.

In contrast, 'Time' has a simple and concrete image originited from 'tide'.They share spelling similarity. tide | Origin and meaning of tide by Online Etymology Dictionary

I tried to associate to 'Change' which shares the same prefix 'Ch' with 'Chronos', since the nature of time might be 'Changing'.

Nevertheless, it seem not convincing.

Is there a concrete cencept to portray 'time' with spelling similarity with 'Chronos'?

Here's how I would approach this problem. I'd try to think of a word that shares the same root with chronos and is also very closely associated with the concept of time. One such word would be chronic. Something that's chronic is there all the time. For example, a chronic illness is one that never goes away—it's present at all times. Then, I would make a simple sentence or two containing both words, chronic and time, and learn it (or them) by heart:

He has been a chronic asthmatic his entire life. He has been suffering from asthma for a long, long time now.

You could always visualise Chronos himself: 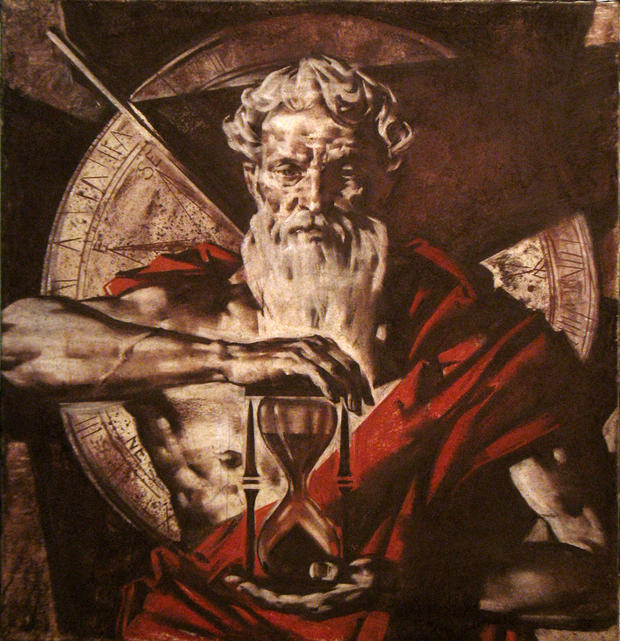 Not the answer you're looking for? Browse other questions tagged word-meaning synonyms or ask your own question.

1
Which word fits best? Synonyms: Portrayals, representations, images?
1
what are the synonyms for "immediate results"? can I say "soon-achieving results"
0
Synonyms for "never-ending issue"
0
How to avoid repeating a word too often when there are few synonyms for it
3
Synonyms to the adjective "any"
1
The use of "in consonance with" as a synonyms to "according" and "according to"
1
Looking for synonyms for "confirmed by reality"
0
Are there synonyms for the collocation 'take video'?
0
What are the correct synonyms for “tangible”?