What do you call a hairstyle that make it so that the hair doesn't fly all over the place? 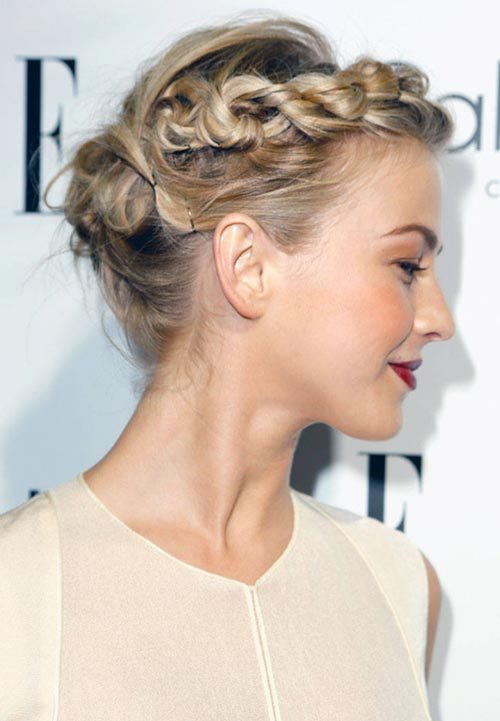 I am thinking there's an adjective to qualify these types of hair, but I am not sure what it might be. I am not looking for the exact word for this style, but a word that describes all styles that make it so that the hair doesn't move too much in the wind.

Pinned or pinned-up might work as a general term, but there are several dozen other more specific ways to decoratively "constrain" hair. The hair in your picture has been partly braided and then pinned.

Often these have their own names, far too many to list. For example here is a list of only some of the different kinds of braids, all of which can be pinned up in ways that might even have their own unique names. If you are really interested, YouTube has hundreds of videos on how to braid and style hair, along with the names of those styles.

The style in your picture looks a bit like some kind of woven crown, like a laurel wreath. I expect it has a specific name so that, if you want to a hair stylist who does this kind of thing and requested it, they would know exactly what you want.

(Edit) Found it. It's called a crown braid, with many variations.

Styles where the hair is brushed away from the face and pinned or tied up are generally categorized as "updos."

They can be as simple as a ponytail or bun, or as complicated as the braid in your picture.