In simple words, what is the difference between 'possible' and 'probable'?

Would anyone kindly explain the difference between these?

I have searched dictionaries and on all over the Internet, but I have not been able to understand yet what the difference is!

The specific percentage probabilities depend on context but in short;

Use of probable or possible for things which are definite 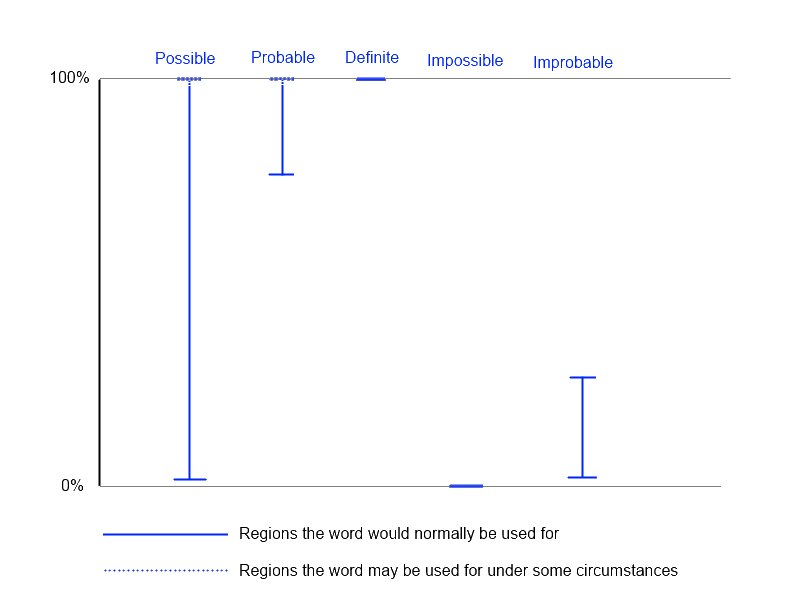 In the NFL, injured players get listed week-to-week on an injury report, and each player gets of these statuses:

If an event is probable, there is better than a 50-50 chance that it will happen, although the word is usually reserved for something “comfortably above” a 50-50 chance. In other words, if I had 100 balls in a hat, and 52 of them were pink, and 48 of them were blue, I don't think I'd say, "I will reach in, and I will probably pull out a pink one." However, I might use probable if 67 balls were pink, and 33 were blue, and I'd be even more likely to say it if there were 90 pink balls and 10 blue ones).

The more likely an event will happen, the more suitable the word probable becomes.

On the other hand, possible means that there is a non-zero chance something will happen; it's used for a wider range of probabilities. For example, back to the bin with 90 pink balls, and 10 blue ones; I could say:

However, possible can be used even for probabilities over 50%. If a meterologist's weather model indicates a 60% chance of rain on Friday, a weather forecaster might say:

Temperatures will get cooler on Friday; rain is possible.

At some point (probably around 70% or so, although this is not something that is precisely defined), probable becomes a better word than possible. For example, if the weather model shows an 80% chance of rain, the forecaster might instead say:

Temperatures will get cooler on Friday; rain is likely.

(Likely and probable are synonyms in this context.)

Probable means it's likely to happen. Possible means it could happen, but not necessarily likely.

Possible: The probability of this happening is greater than zero. Antonym: impossible.

Probable: The probability of this happening is greater than 50%. Synonym: likely. Antonyms: improbable, unlikely.

It is possible that we will all be killed tomorrow by a solar flare, but it is extremely improbable.

When an event is probable, it is more likely to occur than if it were just possible. For example, it is possible that England will win the World Cup but it is probable that Brazil will.

If something is impossible, it is necessarily improbable. If an event cannot happen, it is unable to occur likely.

But a possible event can be not probable. Say you observe me eating eggs and you make a mental note. Then you might assume that it is very unlikely that I ever eat more than 3 eggs. You can watch for a lifetime and very probably my egg consumption will never exceed 3 eggs at a time.

But if you put a 1 kg gold ingot before me on the table and tell me: "Eat 10 eggs and you win this ingot", then you will see that it is possible for me to eat 10 eggs.

As you are Persian:

Possibility refers to the conditions required something happens.

Probability refers to likelihood, and Probable points to an almost high probability (likely)

It is possible that a woman bear five babies, though it is not probable.