Can anyone explain the meaning of the first and the grammar in the second?

I would try to rephrase the first one in this way, please correct me, if I am wrong:

There are (almost) no characters that tried (?) to live lives (what "of their own" adds here? Is not it a tautology?). And then I cannot understand how fictional characters could live lives "outside the pages of their stories"?

In the second sentence:

the most difficult thing is subject - presumably it is "Count Dracula and Ebenezer Scrooge", but in which sense "count" is used here? Is it noun or verb? It ought to be a noun, but as far as understand, as a noun it requires the preposition "of" afterwards - as in "Hold your breath for a count of ten., He was charged with two counts of theft."

To understand this consider a shorter sentence

Dracula has taken on a life outside the pages of his story.

The "story" here is "Dracula", a novel by Bram Stoker. But many people use "Dracula" and know the character "Count Dracula" even if they have never read the novel. The character is used in many other stories, films, some have very little connection to the original novel. For example "Hotel Transylvania" is a film with "Dracula". This is what it means for a character to "live outside the pages of their story": They are used as a character in other stories.

Similarly Sherlock Holmes and Ebeneezer Scrooge are well-known characters, and even people who have never read their original books know the characters.

There are almost no fictional characters that are as well-known from stories other than their original novels as Sherlock Holmes.

"Count" is a title, it is a noble title equivalent to "Earl" (ranking just below "Duke" and above "viscount" and "baron"). In the original story, the vampire was a member of the Transylvanian nobility.

Few fictional characters have an existence in the world elsewhere than in the original book they feature in: those characters all exist in books, comics, films, games, toys, cartoons etc.

Life (and indeed life of their own) is metaphorical: it doesn't mean they are living, breathing, people in the real world; but that they exist outside the original books.

A life of their own might be seen as tautology, but it is an established expression; and here it reinforces outside the pages.

Count is a noble title, her part of the style of the character Count Dracula.

"take on a life of its own" is a well-known idiom:

Definition: to become very large, important, or hard to control

The story took on a life of its own and began to appear on news broadcasts everywhere.

A modern example might be an internet meme, which is taken out of its original context (a local news interview, for example), and becomes something more (viral video with 145 million views): 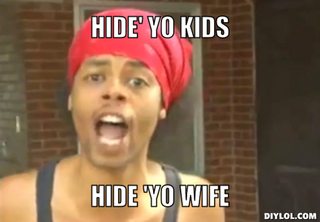 So your first sentence should be parsed as:

Few fictional characters have (taken on a life of their own) (outside the pages of their stories) the way Sherlock Holmes has.

This author is saying that Sherlock Holmes has become something larger than his original stories, in a way that few other fictional characters have.

The term "Count" is a title of nobility, like "Duke" or "Earl"; "Count Dracula" is the name of the character.

The characters have become synonymous with attributes or failings. We know that being a Scrooge is being mean, being like Dracula is to be a bloodsucker or parasite..'it's like putting Dracula in charge of a blood bank'...or displaying an unusual degree of acuity and observation like Sherlock Holmes. It helps that all have names that are pretty well unique and so cannot be confused with anyone else, something that probably was deliberate by the authors.

It's nothing to do with what the characters are trying to do, and I find it odd that you think that. Indeed the concept makes my head hurt a bit.

Rather, it means that they appear in other works by other authors, and/or that people sometimes talk about them as if they're real. For example I might quote Holmes as saying "When you've eliminated the impossible then what's left must be the truth", when really it was Conan Doyle who wrote it.

Not the answer you're looking for? Browse other questions tagged grammar meaning meaning-in-context phrase-meaning grammaticality-in-context .

10
Meaning of "boilerplate"
1
I have two questions about these paragraphs
1
Using of "would" (imagined situations)
8
Meaning of Custom in this sentence
1
Word/Idiom Meaning From Sherlock Holmes
0
Meaning of count it off
0
Reference of pronoun it : "to read in English regularly" or "to read for pleasure"
1
Meaning of "snug in its own skin"?
1
cynical/cynicism