**wall stud** is more commonly used both in US and UK, so where is the word studwork being used?

Resilient channel is a thin metal channel that is intelligently designed to substantially improve the sound insulation of drywall, sheetrock, plasterboard walls and ceilings. The channel effectively isolates drywall from the framing studwork, which results in the weakening of sound waves substantially.

while wiki uses wall stud, and this post uses stud and wall stud.

obviously, wall stud is more commonly used both in US and UK, so where is the word studwork being used? 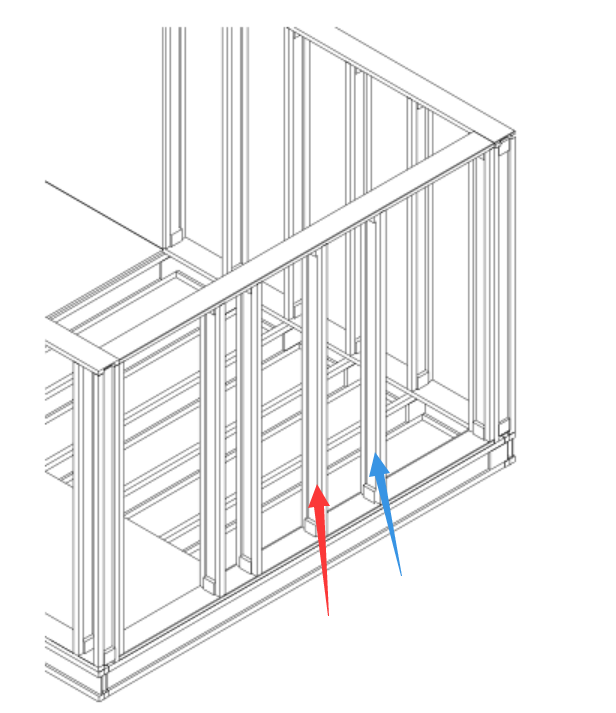 the following is archived, only for the comments history

Are there 4 studs in the following image (img_1)? 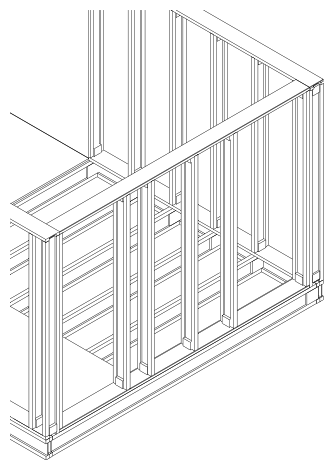 "studwork" and studs are not the same thing. Each vertical post in the drawing is a stud. Altogether, they form the studwork. It's like frame/framing and framework or bricks and brickwork. The word work is used in construction like that to refer to a whole made of individual things.

All those refer to an entire structure and not countable noune (in the grammar sense) as with studs, forms, frames and bricks.

All of the structure created by the studs in the picture. Not just two studs (which you show with your arrows). I don't think I can be any clearer than this.

Example: The studwork for the room was badly done. Two studs were not properly placed.

Brickwork is masonry produced by a bricklayer, using bricks and mortar. Typically, rows of bricks—called courses—1 are laid on top of one another to build up a structure such as a brick wall. Wikipedia

Formwork is temporary or permanent molds into which concrete or similar materials are poured. In the context of concrete construction, the falsework supports the shuttering molds. Wikipedia

work supported, strengthened, held together, or ornamented by studs// walls … of studwork with lath and plaster Merriam Webster - studwork

21
Does word “someone” refer to both an animal and a human being or only human being?
6
Are “in writing” and “at speaking” commonly used?
1
Where is the word “commodity” used?
2
How can I use the word “both” correctly?
1
Is the word “stock” being used correctly here?
0
When is the word “ever” being used?
0
Is “at some point” more commonly used when talking about future while “at one time” for past?
0
“commonly used” vs “sound natural” and “is idiomatic”
0
Is “stock” used both countable and uncountable?