What is the meaning of "blob of glup"?

This term was used in this way, for the first time: “The oyster is a blob of glup, but a woman is a woman.” ― James Thurber, The 13 Clocks . I also saw some articles using this phrase, but I just don't get it. 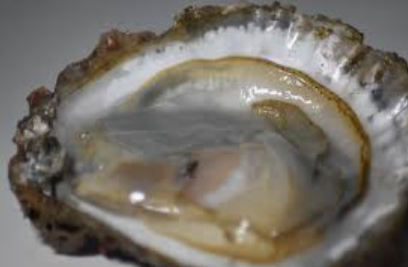 I believe the remark is intended to be humorous (using bathos), contrasting a slimy food, offering a small amount of transitory pleasure to the small number of people who like oysters, with the much more fulfilling possibilities offered by interaction with a woman. Presumably the remark was written to be understood from a traditional sexist male viewpoint. To be contasted with the similar rather misogynistic remark by Groucho Marx, borrowed from Rudyard Kipling: 'a woman is just a woman, but a good cigar is a smoke'.

4
What's the meaning of "Quills and Sofas"
5
Can "some day" be used to refer to past time?
3
Within Expectations
3
Meaning and usage of the phrase "in the first place "
1
Meaning of "failure on the part of loved ones to act"
3
What time does "by the time" mean?
2
What's the meaning of "just as well" in this sentence and the sentence's meaning?
0
what does 'tore up' mean in this context?