"Sidings" what is it?

guys. I deeply apologize for deleting some questions number of times.

My next job would be definitely English related, so I have to get used to.

Currently I am reading this article, and a paragraph says,

Dunedin, a small seaside city outside Tampa, cracks down on code violations, saddling homeowners with massive fines while its revenue grows. In 5½ years, the city has collected nearly $3.6 million in fines – sometimes tens of thousands at a time – for violating laws that prohibit grasses taller than 10 inches, recreational vehicles parked on streets at certain hours or sidings and bricks that don't match.

I checked at Yahoo Image! by googling by sidings. And somethings like these came up. 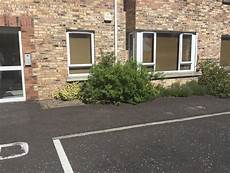 Thank you for your continued support

I am only aware of two meanings of "siding":as a noun:

These are repeated with minor variants, in defs from vocabulary.com, Collins, Cambridge, and Merriam-Webster. Here I think it what is meant is the material on the outside of a house, but in US use this is pretty much never plural: "siding" not "sidings".