I ran into the expression 'That's final' in a piece of American English text.

a) Is it used in Britain too?

b) Has it an arrogant or authoritarian connotation?

I wouldn't say it has an "arrogant" connotation, but I do think it generally connotes authority. It means, "No more discussion about this; the debate is over." Usually, peers can't unilaterally close a debate, so I'd expect to hear this uttered by a boss to a subordinate, or a parent to a child. It might also be used in the context of price negotiations (as in, "That's my final offer.")

As a side note, it might be worth including a few more details about where you've seen this. I'm making some assumptions about the context; these could be inaccurate.

As for whether or not it's common in the UK, I'll let someone from the UK answer that.

a) It's an Americanism but one of the more common ones. It would seem normal if used in conversation and wouldn't stick out like say, calling a tap a 'Faucet' or the boot of a car a 'Trunk' would.

b) Yes, most of the time. It's used to end a conversation before both parties feel the discussion has ended - this is normally rude but may be a lot less rude than what really you want to say.

It could be used in a lighter context and not be seen as rude - but usually between people who know each other well.

"That's final" indicates an unconditional end to any negotiations, as in "that's my final offer".

It has acquired a negative connotation from one common context: the authority of men over women. As modern society recognizes this as a sexist convention, any man who says "that's final" deserves a slap -- or a divorce.

As with most sexist behaviors from the recent past, AMC's "Mad Men" gives us a great example (click for video!): 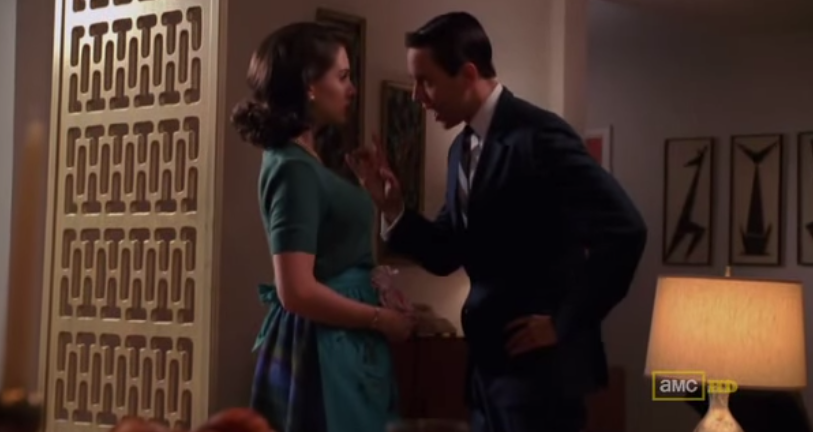 Pete: Spence Chapin [a child adoption agency]. How did that happen?

Pete: Well, I'm not going. And neither are you.

Pete: [interrupting] Don't do that. Listen to me, very carefully. We are not. Adopting. A child. That's final.

Trudy: Will you calm down and we can talk about...

It's possible to use "that's final" in different contexts without the sexist connotation, such as business negotiation. However, you likely won't encounter this usage as frequently, especially in popular culture.

I can't give good first-hand experience on usage in British English, but the Google Ngram viewer suggests that British authors use the expression about half as much as American authors. Also interesting: "that's final" took a big dive in American writing in the 1960's, the same time that the civil rights and women's rights movements were becoming popular.

Not the answer you're looking for? Browse other questions tagged british-english or ask your own question.

6
What does “that's that” mean in this context

3
“That's the reason why she spoke” & “That's the reason she did so”
4
Flat tyre and puncture
3
What is the common meaning and usage of “get mad”?
1
Which variety of English is used outside of the UK and the USA?
0
lecture theater- an American expression?
1
Hazard SEALS Europa League final spot
1
Understanding “That's just being down the pub”
1
Term for legal procedure of challenging validity of confession
1
British “To read/do/study a subject” and American “to study or major in a subject”