Help me understand the meaning of these sentences

I know better. In recent years, South Korea’s parliamentarians have largely managed to give up literally fighting. Yet metaphorically, warfare remains entrenched.

I have no idea about the meaning of the sentences above.

What does it mean that South Korean politicians have given up literally fighting, but rather they are stuck in warfare metaphorically.

What's the difference between literal fight and metaphorical fight?

It doesn't make any sense to me.

A literal fight is physical, and a metaphorical fight is more debate over policies.

To give you a concrete example, you can take a look at what has been going on in the Ukrainian parliament. A couple of days ago, one of the parliament members came up to the prime minister, Arseniy Yatsenyuk, after a speech that he gave, with a bouquet of flowers. Upon handing Yatsenyuk the flowers, the parliament member actually started hitting and picking up Yatsenyuk, trying to beat him up. 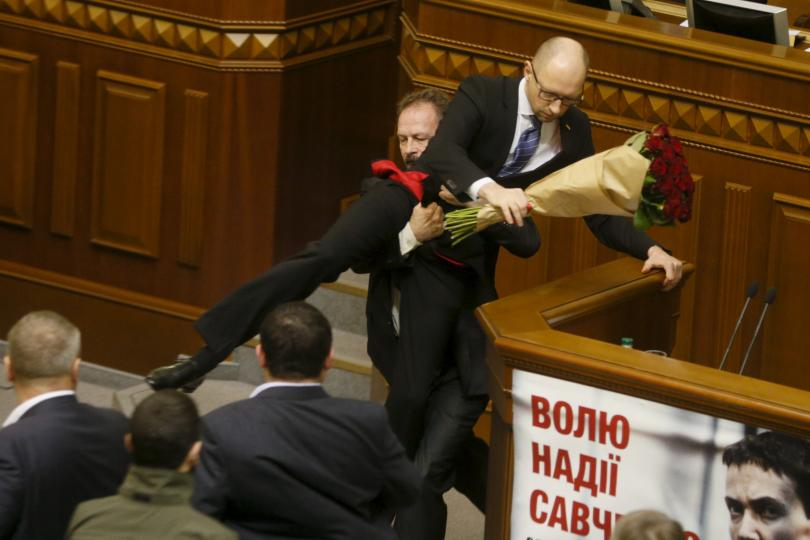 THAT is literal fighting in parliament.

On the other hand, look at what's going on in the US Congress. Republicans and democrats argue day and night about defunding Planned Parenthood, and neither side wants to concede. 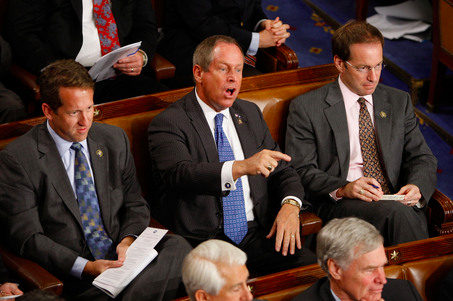 That is metaphorical fighting, because the democrats and republicans aren't physically punching each other (yet...). It's all debate and political push from both sides.

(Note: You can see the Ukraine parliament fighting video that I mentioned above in this article. It's partially funny, but also partially sad. That certainly isn't the first time that fighting has broken out in the Ukrainian parliament, and it probably won't be the last.)

Not the answer you're looking for? Browse other questions tagged meaning meaning-in-context interpretation or ask your own question.