I recently saw this standalone ad: 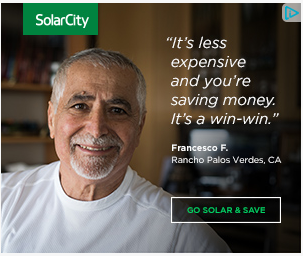 and I thought a "win-win" was something that's a "win" for two different people/groups who might otherwise be opposing each other, or at the very least, two different wins (especially one right after another) for the same person.
What am I missing here?
Do I misunderstand "win-win?"
Is there a distinction I'm missing between "less expensive" and "saving money" in this context?
Is it something else?

I think your understanding is correct. I also think this ad is not particularly clear. I also thought that this ad referred to a single "win", as in, obviously less expensive equals saving money. So it would seem like they are using "win-win" incorrectly. But it might not refer to the same win. On their site, I saw this:

We could give the ad the benefit of the doubt as an instance of headlinese. Then judging from the first panel, I have a feeling that the ad is meant to imply that their services are less expensive compared to their competitors' services and you save on your monthly bills, for example. I think that would certainly be a win-win.

If we don't give them the benefit of the doubt, then it really seems like an incorrect usage of "win-win" and an attempt to grab the reader's attention.

Not the answer you're looking for? Browse other questions tagged meaning-in-context phrase-meaning difference phrases or ask your own question.

5
What does 'less' mean in this “less any liabilities” context?
1
Meaning of “win convert(s)” in context
8
Some equivalents for “saving face”
0
what does “everyone's money” mean?
0
Modern substitutes for saving your (presence / reverence)
1
What does “less so” mean?
3
“Exact” VS “Accurate” VS "Precise
0
Meaning of “set to win”
2
shave the money vs. save the money
0
Is there any difference between “win out” and “win through”?