Why is 'industry' used instead of 'industries'?

The warning means schools will have to close down and construction and other industry in the capital will be limited.

Shouldn't industry be written as industries? It seems like they were talking about other industries.... not just one other one.

An industry as defined by many dictionaries is a particular form of economic or commercial activity. There are many industries around the world: the car industry, the computer industry, the clothing industry, the list goes on and on. Those are all examples of different industries. But when you are talking about the idea or concept of such commercial activity in general, you must say industry without the article because now it's working as a mass noun. A picture would help: 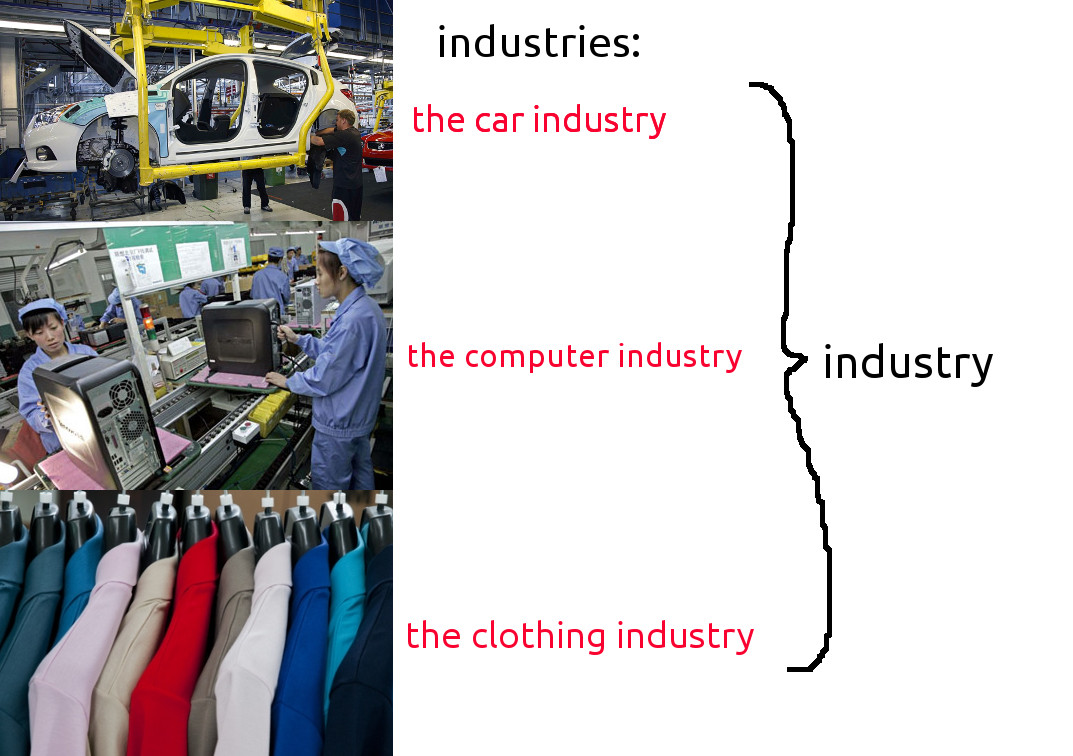 Notice that right next to industry, they used the word construction in exactly the same manner as industry. If you say a construction, you are talking about a construction site where something such as a house is being built. However, you would say construction without the article to refer to the process of building a building. And that cannot be quantified because it's just a foggy idea about building things and not something concrete like a real house.

construction and other industry in the capital will be limited.

industry is used here to mean manufacturing and production

construction and other industries in the capital will be limited.

would also work since construction is an industry and other similar industries would be curtailed.

construction and other activity/activities in the capital will be limited.

would be an alternative.

Because industries means many industry, when you want to say a particular industry or one of the industries, you'll use induatry. But in the artical, it didn't point out how many of them need to be removed, there might be many of them or just one type of industry, so they might used industry as a variable just to let you know what will happen to the industry.

Not the answer you're looking for? Browse other questions tagged word-usage singular-vs-plural or ask your own question.