I have asked many questions regarding the usage of 'any'. Now I know in questions we use 'any' with plural nouns. Or we use indefinite article 'a/an'. But no grammar book says that 'any' with singular nouns is wrong. It says that it is relatively uncommon. Thus we prefer to say:

But can you explain a situation where I can use any with "singular nouns" in a question? Can I ever say "Do you have any pen?" In the grammar book "The Cambridge grammar of the English language" there are a few examples where 'any' is used with singular nouns in negative sentences. But in case of questions, I did not get any examples. I have attached images of the pages of the grammar book. 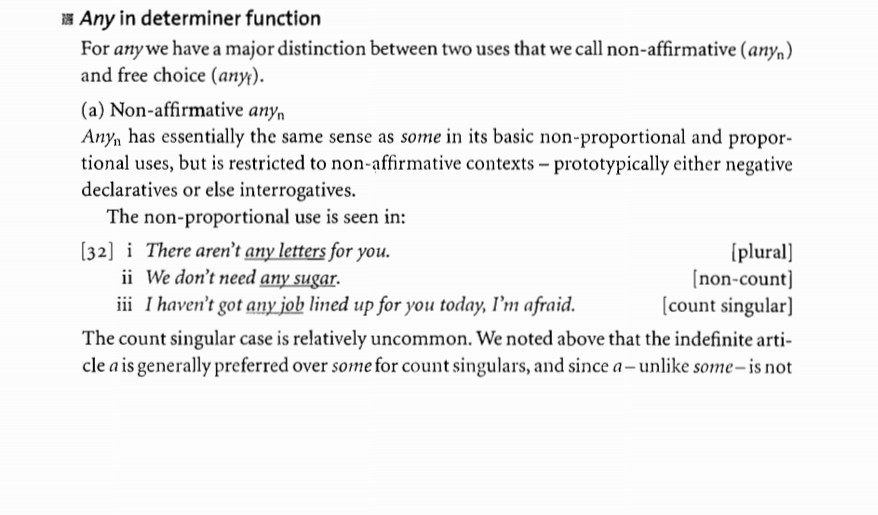 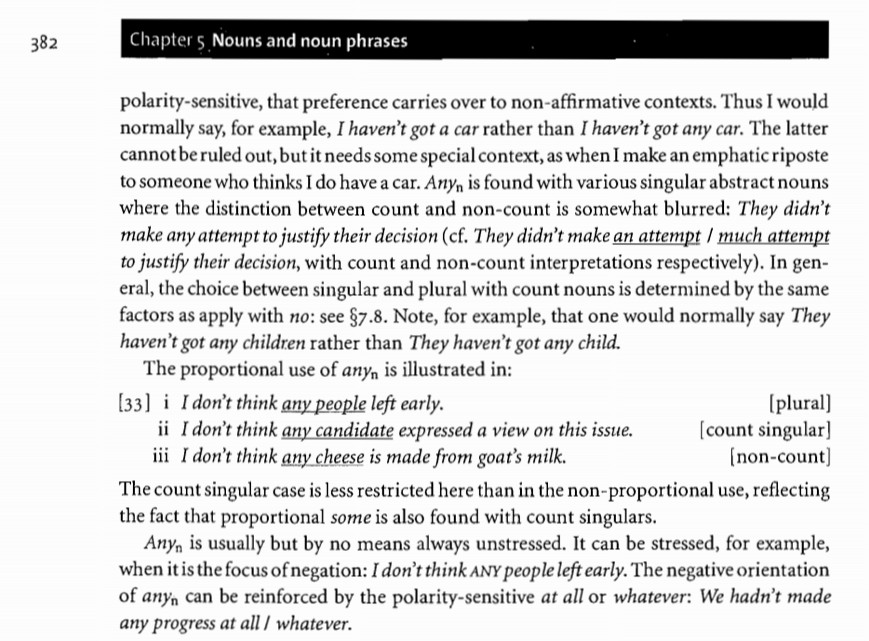 Any can be used with a singular noun when it refers to choosing from a finite set. Here are some examples:

However, the word "any" can be ambiguous. In the case of the latter two, it is unclear whether the choice is only made once or whether it can be made multiple times. Was the sister allowed to choose one dog? Or was she allowed to choose a dog any time she wanted?

But overall, that seems to be the rule.

Not the answer you're looking for? Browse other questions tagged prepositions determiners .