This is an exercise extracted from More! 2 published by Cambridge

But I can’t find any words ending with /i:/. There are 2 words which are ferry and taxi ending with /i/. I wonder if there are any cases that we say the two words with the sound /i:/. The book is written in British English.

This is the transcription in the wordlist of the book 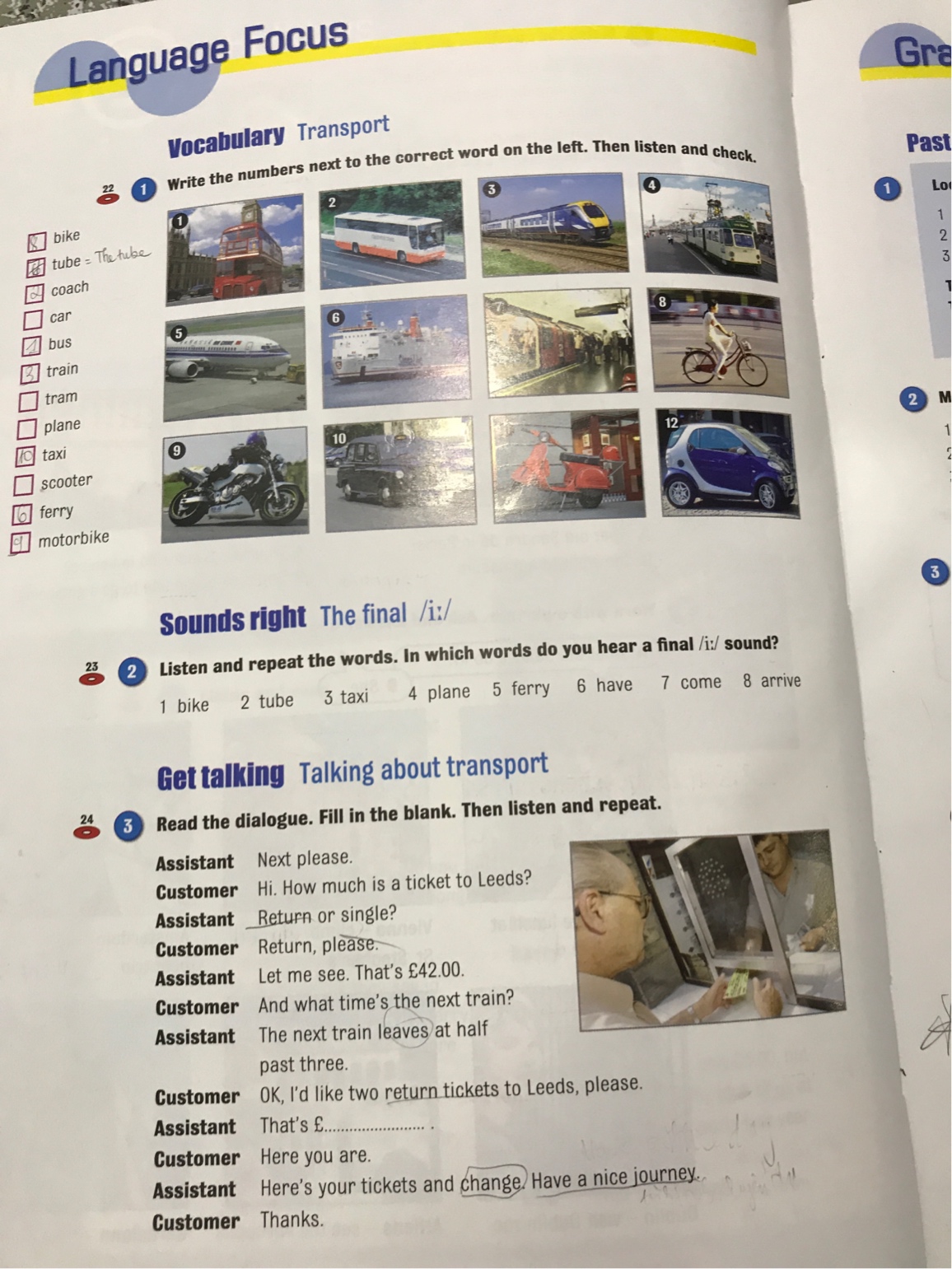 This is the whole page. I don’t think there is a context.

As I explain in my answer to Pronunciation of -ies, like the last syllable of "accessories" and "bees" in BrE, the final syllable of words like taxi and ferry could be transcribed as /i/, /ɪ/ or /iː/ depending on various considerations. For some accents, /ɪ/ is clearly inappropriate; for other accents, /iː/ is clearly inappropriate. The transcription /i/ is often used as a kind of "compromise", but it confusingly suggests the presence of three distinct "[i]-like" vowel sounds, when really most speakers will probably only think of there being two.

The tricky part is that speakers of different accents disagree about which of the two vowel sounds is present at the end of words like taxi. This isn't simple matter of one type of accent being British English, and the other being American English. Pronouncing "ferry" with /ɪ/ is probably very uncommon now in American English, but pronouncing "ferry" with "/iː/" is not uncommon in British English.

In word-final position, there is no real contrast between /i/ and /iː/, unless we ignore stress and transcribe unstressed /iː/ as /i/. That is, we could have a contrast like /ˈtæksi/ "taxi" vs. /ˈtakˌsi/ "tack-see". But the same kind of contrast could exist with any other vowel in the second syllable: for example, "crypto" /ˈkrɪptoʊ/ vs. "tiptoe" /ˈtɪpˌtoʊ/.

It seems like a badly written question. Because length markers are a somewhat common source of confusion, some phoneticians have suggested not using them in transcriptions for foreign learners of English.

So "beat" and "bead" may be represented by the same /i:/ phoneme, even though they have significantly different lengths.

There is no word contrasting words /feri/ and /feri:/ and phonemically these are the same. Some writers will use /i:/ in all situations to distinguish it from the phonemically different /ɪ/ (bit and beat).

1
Pronunciation of -ies, like the last syllable of “accessories” and “bees” in BrE