Meaning of the word 'Norse god'

NASA administrator Lawrence Ekstrom was a giant of a man, ruddy and gruff, like an angry Norse god.

I did not understand what is the meaning of Norse god. The Google dictionary gives meaning for Norse as an adjective,

relating to ancient or medieval Norway or Scandinavia.

It is obvious that the author is describing a person but I don't understand how the above meaning fits in the context. Is there any other meaning to the word Norse god?

These Norse gods were pretty fierce, so here the author is using a simile:

a giant of a man, ruddy and gruff, like an angry Norse god.

All the adjectives would well describe the intimidating Scandinavian deities:

The source texts mention numerous gods, such as the hammer-wielding, humanity-protecting thunder-god Thor, who relentlessly fights his foes; the beautiful, seiðr-working, feathered cloak-clad goddess Freyja who rides to battle to choose among the slain; the vengeful, skiing goddess Skaði, who prefers the wolf howls of the winter mountains to the seashore; the powerful god Njörðr, who may calm both sea and fire and grant wealth and land; the jötunn's son god Loki, who brings tragedy to the gods by engineering the death of the goddess Frigg's beautiful son Baldr. (Wikipedia)

You wouldn't want to upset any of these!

Also, this eccentric reference to Scandinavian gods in an American novel, seems to be related to the country of origin of this character:

Ekström is a surname of Swedish origin. The name commonly appears as Ekström in Sweden and Finland and as Ekstrom in English-speaking countries. (Wikipedia)

It's referring to the gods on the Scandinavian mythology, or Viking gods, like Thor, Odin and the like.

Some of them are typically depicted as muscular, fearless and big men, which given the preceding words on the phrase, makes that clear. 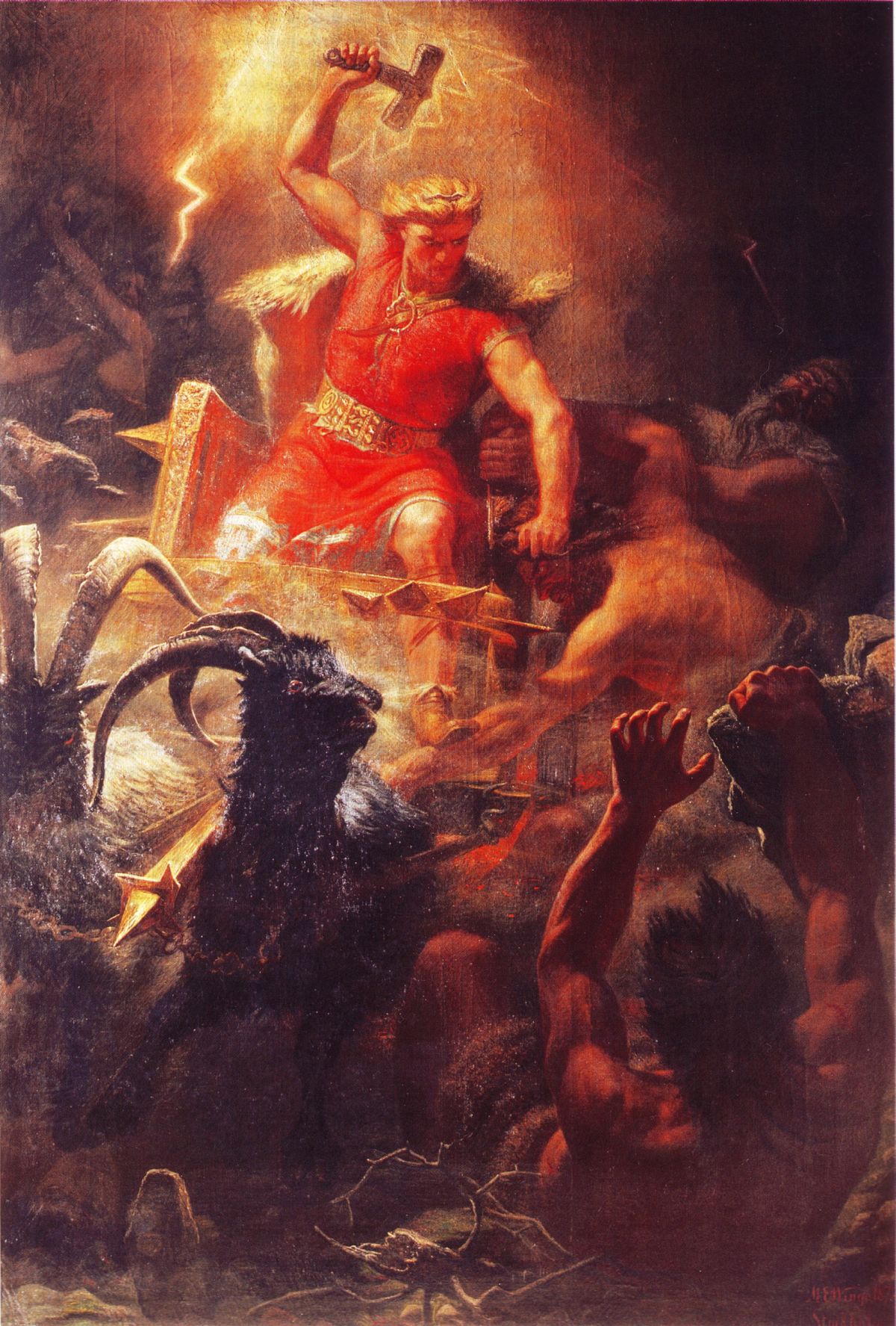 Not the answer you're looking for? Browse other questions tagged word-usage word-meaning .