What is the meaning of “they are out of hit points”?

I'd like to know the meaning of 'be out of hit points.' 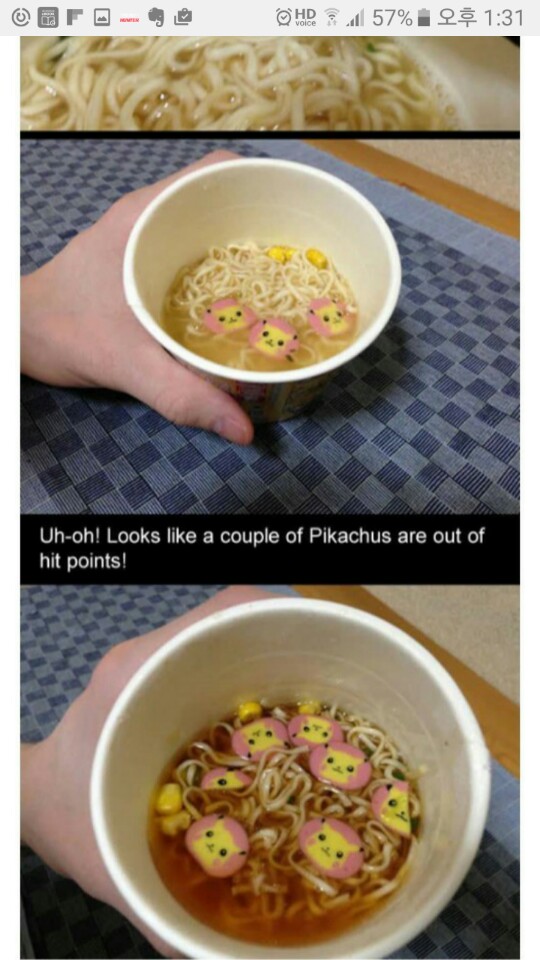 The phrase hit points is a gaming term, from the realm of role-playing games.

Here's the definition pulled from Google:

(gaming) Health is usually measured in hit points or health points, often shortened as HP. When the HP of a player character reaches zero, the player may lose a life or their character might become incapacitated or die

Someone is using a gaming term in this meme, saying that some of the Pikachus (in this case, the ones that are broken in half, I believe) don't look fully healthy. It's meant to be humorous.

To be "out of" something means to have none of them (or none of it) remaining. If a carpenter is out of nails, he has no nails remaining in his nail pouch. If a supermarket is out of bread, the bread shelf is empty. If a bakery is out of flour, its flour bins are empty.

Not the answer you're looking for? Browse other questions tagged meaning-in-context phrasal-verbs slang or ask your own question.

1
Is this grammatical? 'Looks like a couple of Pikachus are out of hit points'

2
Meaning of “hit off” in this sentence
2
“The finer points”
5
“Man dies after hit by truck” - or “Man dies after BEING hit by truck” - the difference?
1
was not hit the stumps vs. did not hit the stumps
0
“You can't take us points out for no reason”
2
What is the meaning of “surf couches”?
0
Do you want to eat in or take out?
1
Turn out, play out, work out have a common meaning?