I've come across the following sentence on a BBC Learning English page:

I was just wondering can we also say the sentences I wrote below? Do they make sense? If so what is the difference between these three sentences?

Some people might think OP's original text using the Perfect Infinitive (to have seen) is more "logical" because it more explicitly echoes the past tense element of would have liked. But note this from Garner's Modern American Usage (2009)...

Having said that, Garner himself acknowledges that the erroneous phrasings are very common. In fact, Google Books claims 386,000 written instances of would have liked to have seen. That's not so common as the "correct" version would have liked to see with 1,050,000 instances, but I think it's enough to justify saying that unless you need to pass a "fussy" exam, you could reasonably call it a stylistic choice.

OP's "Simple Past" version ✳I would have liked to saw is idiomatically and grammatically unacceptable.

EDIT: I see the question has been edited to tell us that the supposedly "incorrect" (according to Garner) version actually comes from a BBC Learning English page. I take this as further evidence (if it were needed) that Garner's position is unjustifiably pedantic/prescriptive. And comparing American and British charts on Google NGrams, I see no evidence that his position reflects any kind of AmE/BrE usage split.

At the risk of stoking controversy on what I consider to be something of a non-issue, I'll just cite this from grammarphobia, who also seem to have little time for Garner's position...

Using two “haves” (as in, “I would have liked to have gone”) is usually incorrect, because it’s unlikely that you really intend to talk about two separate times in the past.

Your second sentence (I would have liked to saw John…) is definitely wrong. To introduces an infinitive, and the verb to saw is very different from the verb to see! It means this: 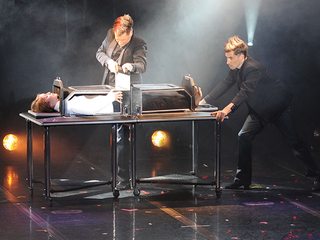 … or worse. I wouldn't blame Mary for not wanting to go along.

Based on the same source cited by @FumbleFingers, I would consider the first sentence (I would have liked to have seen John…) non-standard English. However, it is still understandable, and admittedly common.

Therefore, of the three sentences, I would say that the last sentence (I would have liked to see John…) to be the most correct choice.

The way I see it is thus:

"I would have liked to have seen" is because both verbs take place in the past.

"I would have liked to see" would be where "like" is in the past and "to see" in the present relatively speaking. Whether this is correct or not, I feel it is logical.

2
"you smiled to see it"
2
would always have OR would have always
4
"I saw him before he had seen me" - paradoxical past perfect with before
0
would rather have v3 than v3 or would rather have v3 than vinf
0
Do I have to use the perfect infinitive
0
"would" vs "would have" in “I would remember it”
0
Present Perfect's explanations vs What it really is?
0
How to use would have + past participle without conditionals
1
Does "by the time" require the Future Perfect tense?